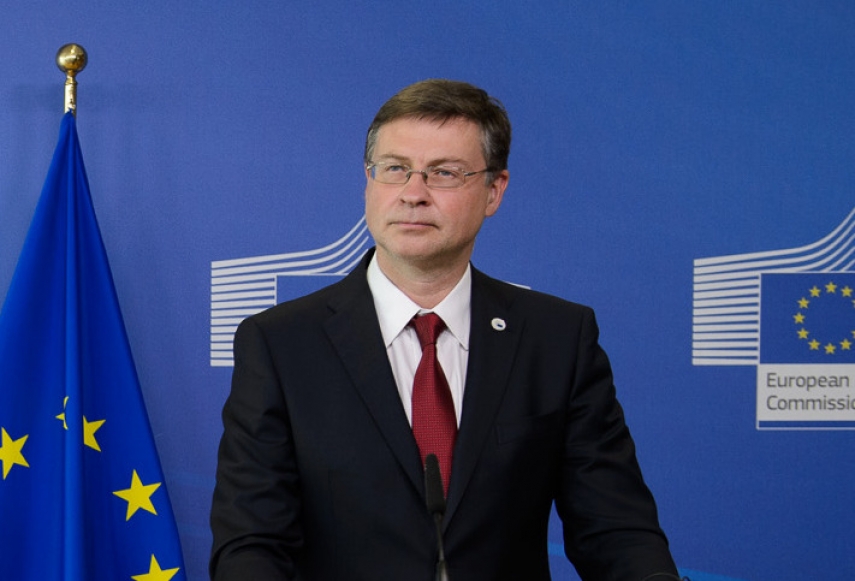 RIGA - At a time the European Central Bank is implementing measures to curb inflation, European Union member countries also have to start reducing their budget deficits and move toward a stricter fiscal policy, as it is important that fiscal and monetary policies do not come into conflict, the European Commission's Executive Vice President Valdis Dombrovskis says in an interview with LETA.

"On the one hand, this is in the context of inflation, but on the other hand, interest rates have also increased quite significantly recently, therefore servicing of the national debt and financing budget deficits has also become more expensive. This is another reason for reducing budget deficit," says Dombrovskis.

Speaking of the energy crisis, Dombrovskis points out that support measures should be continued, but the problem is that most of the support measures in the EU member countries so far are not targeting those population groups that need support the most.

In addition, a number of support measures do not contribute to reduction of energy consumption. Dombrovskis reminds that the European Commission's recommendations regarding electricity state that there is a certain amount of electricity that can be supplied to consumers at subsidized prices, but above this amount full market price should apply. On the one hand, this helps those population groups whose energy consumption is not high, on the other hand it maintains the incentive to reduce energy consumption for consumers with high power consumption.

"A similar system is already in place in Latvia, but support measures still have to be better targeted. Currently, 70 percent of these measures are not targeted," says Dombrovskis, adding that this problem has also been observed in other EU member countries.

As for opportunities to reduce inflation, Dombrovskis explains that the problem is essentially about the currently high energy prices.

"In many countries, support measures are to be provided until the end of the current heating season. Ahead of the next heating season, general energy price trends, consumption trends will have to be assessed, and then it will be possible to decide what support measures will be necessary in the second half of the year. This is also what the European Commission recommends," says Dombrovskis.