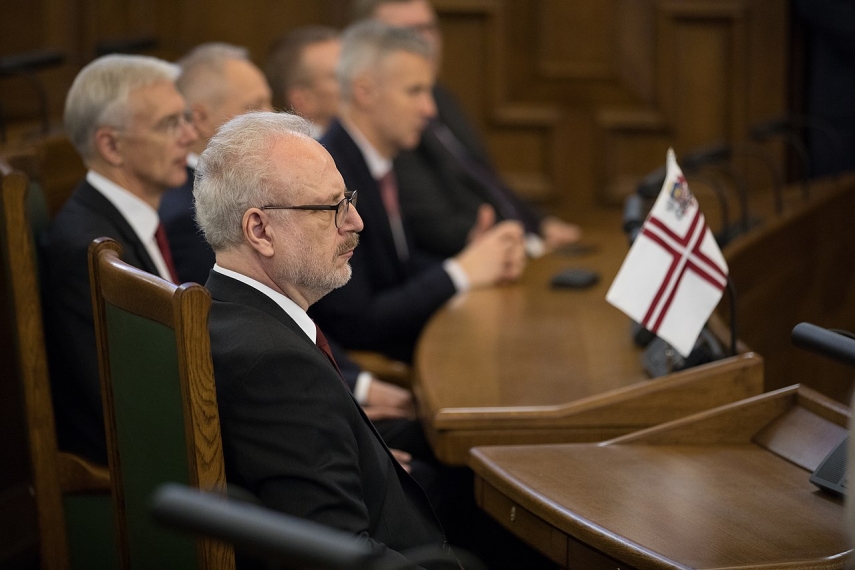 RIGA - Following the sanctions of the US Department of the Treasury's Office of Foreign Assets Control (OFAC) on one individual and four legal entities, it turns clear that Latvia lacks political will to bring order in the country and is doing that only after an external pressure, said Latvian President Egils Levits in an interview with the Latvian public radio today.

Levits said that he reached such a conclusion after the case with sanctions because it demonstrated that Latvia is able to make the necessary steps after an external pressure, even though it had to be its own initiative and wish.

"Therefore, there is a questions why we have not done it by ourselves if we know that the sanctions refer to a time period of the past 15 years. I think this case is a good lesson not only for politicians, but for any Latvian citizen. In this situation there was a lack of any political will. Meanwhile, citizens should think critically which parties should be supported at the elections, and not vote for those parties who lack this political will," the president said.

As reported, the Freeport of Ventspils Authority has been removed from the list of entities sanctioned by the US Department of the Treasury's Office of Foreign Assets Control (OFAC), a statement on the OFAC website shows.

As LETA was told at the Foreign Ministry, US authorities took the decision after intensive talks with the Latvian Embassy in Washington, the Foreign Ministry and other Latvian authorities and after learning about all the measures Latvia had taken in recent days to put an end to the sanctioned individual's influence in the Freeport of Ventspils and the Freeport of Ventspils Authority.

The US Department of the Treasury's Office of Foreign Asset Control (OFAC) on December 9 imposed sanctions on a number of natural and legal persons in Europe, Asia and Latin America, including on Latvia's Ventspils mayor Aivars Lembergs, based on the so-called Magnitsky act.