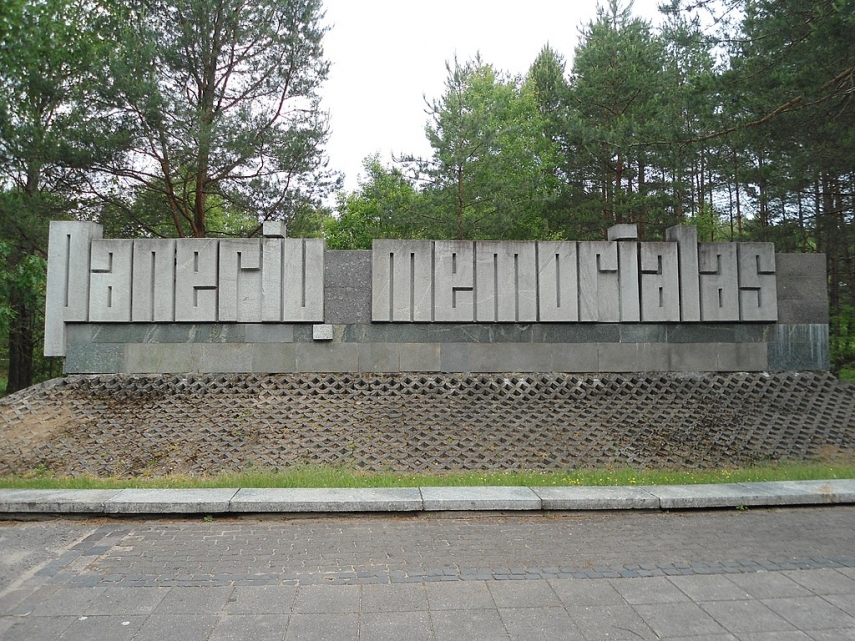 After laying a wreath at the Paneriai Memorial, Netanyahu said that his grandfather had been severely beaten near what he called "a forest of death".

The Israeli prime minister said that he had learned two lessons from the Holocaust.

"First, we must fight barbarism or it will burn all of us. The second for us, Jews, is that we must never be defenseless again," Netanyahu said.

"I want to say to my Grandfather today. Saba, I am back here today and this is a forest of death. As the prime minister of Israel. We will never be defenseless again," he said.

"We have a state, we have an army and we are capable of defending ourselves by ourselves".

"Saba" is the Hebrew name for "grandfather".

According to the Jewish community of Lithuania, Netanyahu's grandmother Sarah Mileikowsky, née Lurie, was born in Seduva, a town in Lithuania, and his grandfather Nathan Mileikowsky was born in Kreva, in what is now Belarus.

When Germans occupied Lithuania in 1941, they started using an unfinished liquid fuel tank base close to the Paneriai railway station for mass extermination operations. Mass killings of Jews at the site began in mid-July of that year.

The executions were carried out by the German security police and the Special Squad, whose members were mostly Lithuanians. It is estimated that more than 100,000 people, including around 70,000 Jews, were massacred in Paneriai between 1941 and 1944.

The Nazis and their Lithuanian collaborators killed about 195,000 Lithuanian Jews during the German occupation. Only 5-10 percent of the Lithuanian pre-war Jewish population survived until the end of the war.

Around 3,000 Jews currently live in Lithuania.