Internet in Estonia mostly used for e-mail and online banking, security awareness of enterprises is growing 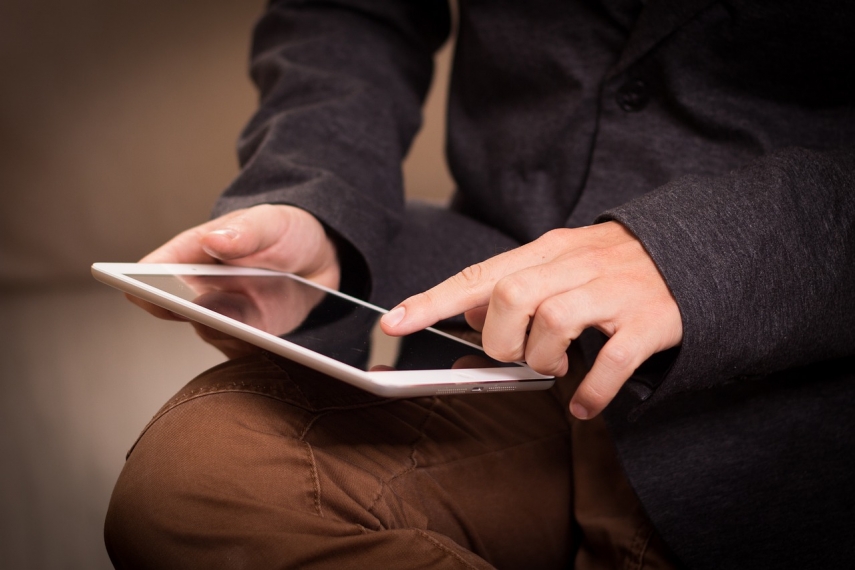 Statistics Estonia’s survey on information technology in households shows that inhabitants of Estonia are active users of the internet, but businesses need to protect themselves from security threats.

A survey on information technology in households conducted in the second quarter of this year reveals that 92.4% of households in Estonia have an internet connection at home. This is 2% more than last year, said Epp Remmelg, analyst at Statistics Estonia.

Having internet at home, in turn, allows the use of various devices with internet access. More than half of internet users use a smart TV with access to the internet. Two out of five people, however, use internet-controlled home appliances such as thermostats, lights, security cameras, alarms, or internet-connected household appliances like robotic lawn mowers or vacuum cleaners.

The internet is still used by nearly all (99%) of younger people and those in early middle age (up to 44 years). The number of internet users decreases from the age of 45 onwards, with 85% of 55–64-year-olds and 69% of people of retirement age (65–74-year-olds) using the internet. “It is worth noting, however, that at the beginning of the coronavirus pandemic, internet use in older age groups was up as much as 17%, whereas this year it has increased only 5%,” Remmelg added. The majority use the internet several times a day, with only one in seven using it less often.

The most common purposes of using the internet are e-mail (91%) and internet banking (91%), as well as finding information (86%) and reading online newspapers and magazines (87%). “Compared with last year, the biggest increases occurred in participation in online debates or polls on civic or political issues and in downloading documents. The latter is directly linked to the need to download a COVID-19 passport and vaccination certificate – as many as 74% of internet users did so,” explained Remmelg.

The number of e-shoppers also fell slightly due to the end of coronavirus-related restrictions. Purchases from Estonian e-shops have decreased, while orders from e-shops of other European countries have increased by 5%. “The structure of online shopping has changed compared with last year and the overall pattern is similar to the pre-pandemic period. Online store purchases of household goods and, to a lesser extent, food and consumer goods have fallen. One in three of those who used e-commerce last year bought household goods, whereas only one in four did so this year,” Remmelg said.

At the same time, with the easing of coronavirus restrictions, there has been a sharp increase in the online purchase of tickets for various events, accommodation services and other travel services as well as related insurance policies. The number of these purchases, however, has not yet reached 2019 levels. “17% of e-commerce users have bought investment products such as shares, funds, and bonds – a higher proportion than ever before,” added Remmelg.

Enterprises are plagued by security issues

Modern technological solutions require a much larger pool of information and communication technology (ICT) specialists than currently available on the labour market. According to Tiina Pärson, leading analyst at Statistics Estonia, 17% of enterprises in 2022 had ICT specialists on their payroll, which is one percentage point more than in 2020.

In the last two years, when physical contacts were reduced to a minimum, enterprises adopted new digital solutions to keep in touch. 46% of companies used online platforms such as Skype, Zoom, Google Meet, MS Teams, WebWx, etc, to communicate. Nearly a fifth of enterprises had guidelines for favouring online meetings over business travel. Teleworking was also widely used if the nature of the work allowed it. Three quarters of enterprises had set up access to company’s business applications and software for their employees.

62% of enterprises educate their employees about ICT security, either through mandatory or voluntary training and reading materials or by having ICT security rules as part of their employment contract.

A little more than half (55%) of enterprises use an external service provider for ICT security-related tasks such as security testing, ICT security training, and incident response. 37% of companies have their own staff performing ICT-related duties, including ICT security tasks.

Statistics Estonia has studied the use of ICT in enterprises since 2001. The 2022 survey included 3,400 enterprises. Enterprises with 10 or more employees are surveyed.

See also the dedicated section on information and communication technologies.

More detailed data have been published in the statistical database.