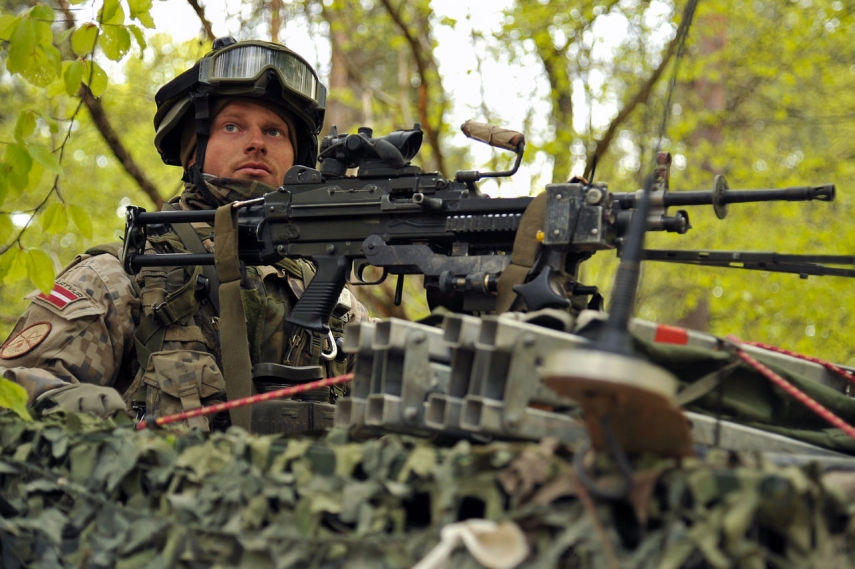 Girgens wishes to discuss cooperation between the State Border Guard and Armed Forces at a meeting with the defense minister, the Interior Ministry's public relations officer Maris Zarins told LETA.

It is currently unknown though when the meeting could take place.

According to the Interior Ministry, financing for the internal affairs is insufficient. Even though the authorities are able to do their job, fewer and fewer young people sign up to work at various authorities as more young people prefer to join the army.

Girgens insists that financing for the authorities be increased already next year so as not to prompt unjustified competition between different authorities, and to achieve that the national defense concept that Saeima supported in 2016 be observed. In particular, the concept provides that the state must prevent stark differences between motivation systems in the national defense and internal affairs, which may compromise national security and cause unnecessary competition.

As reported, Girgens said this past June that the Interior Ministry wishes for the National Armed Forces to be involved in protecting the eastern border, however, the Defense Ministry has not reacted to such an initiative.