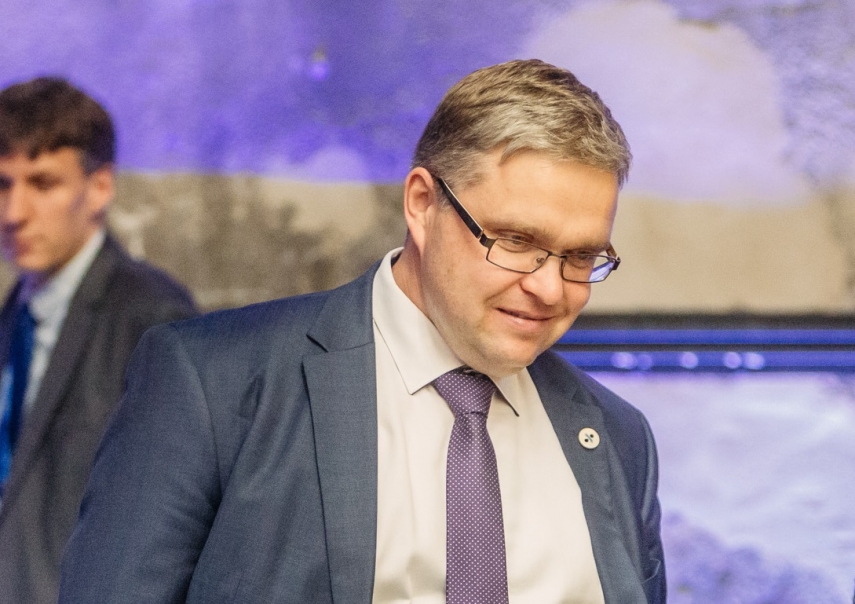 VILNIUS – A more moderate growth outlook for the euro zone is not good news for Lithuania since its economy is affected by situations in the countries it has close trade ties with, says Vitas Vasiliauskas, board chairman of the Bank of Lithuania.

"The IMF projections for global economic growth have been revised downwards since the beginning of the year, partly reflecting ongoing international trade tensions. A more moderate outlook for growth is projected for the euro area as well. This is worrying from the perspective of Lithuania’s economy, since it is largely dependent on the economic situation in our trading partners," he was quoted as saying in a statement.

BNS Lithuania reported earlier that Lithuania's economy will grow at the slowest rate among the Baltic countries, based on the International Monetary Fund (IMF) latest projections.

Lithuania's GDP is expected to grow 2.9 percent this year, and growth is set to slow to 2.6 percent next year. Latvian economy will grow 3.2 and 3.1 respectively, and Estonia will see its economy expand 3 percent and 2.9 percent respectively, based on the IMF estimated issued on Tuesday.

The global GDP projection for this year was cut by 0.2 percentage points to 3.3 percent. Growth in the euro zone should stand at 1.3 percent this and 1.5 percent in 2020.

During his visit to Washington, DC, Vasiliauskas will attend meetings of the IMF International Monetary and Financial Committee, the Nordic-Baltic Constituency and a series of bilateral meetings. He will also deliver a speech on central bank digital currencies at the Reinventing Bretton Woods Committee's conference "Managing the Soft Landing of the Global Economy".