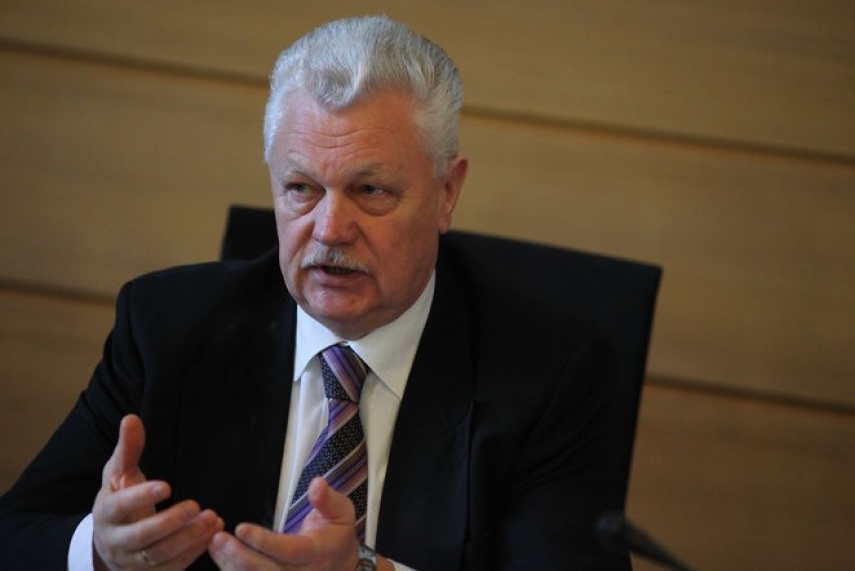 RIGA - Riga mayor Dainis Turlais (Honor to Serve Riga, GKR) is determined to carry on with his duties and does not want to lose his job “at the whims of some political group”, the politician told LETA.

Asked about the reasoning behind the no confidence motion proposed by the Riga City Council’s opposition members, Turlais said that “all politicians want to be good in the eyes of their electorate”, so from the opposition’s perspective the motion is understandable.

“Each politician takes decisions based on their political experience, understanding of political culture, ethics and interaction. All politicians want to be good in the eyes of their electorate,” the mayor said.

He added that he would not want to quit the mayoral office “at the whim of some political group”.

“It is their responsibility to think of the arguments why I am not fit [to be mayor]. For my part, I have formulated my plan regarding the city council’s work as clearly as possible and I am implementing it step by step without offending anybody,” the Riga mayor said.

Turlais believes that a failure to survive the confidence vote would not be a reason to get angry and stop talking to his colleagues. “But I cannot say that I would like to be sacked either. This job is a heavy but bearable burden,” he said.

Turlais said he was still holding consultations with all political groups on the city council as he believes that councilors can have various opinions and positions and the situation where decisions are taken by only a part of the council is unacceptable.

The extraordinary meeting of the Riga City Council at which councilors will vote on confidence in Turlais is expected to take place on June 20.

As reported, the opposition has filed a proposal to call an extraordinary council meeting at which the opposition intends to oust Riga mayor Turlais.

As reported, the ruling coalition of Harmony and GKR split up after Turlais was elected the capital city’s new mayor. Four Harmony members – vice mayor Vadims Baranniks, Valerijs Petrovs, Aleksejs Roslikovs and Vitalijs Dubovs – were expelled from the group for what has been described as “gross violations”.

The four lawmakers expelled from Harmony party have formed an independent faction and said that they are ready to cooperate with all Riga City Council lawmakers.

The city council’s opposition, meanwhile, has ruled out cooperation with the coalition of Harmony and GKR.