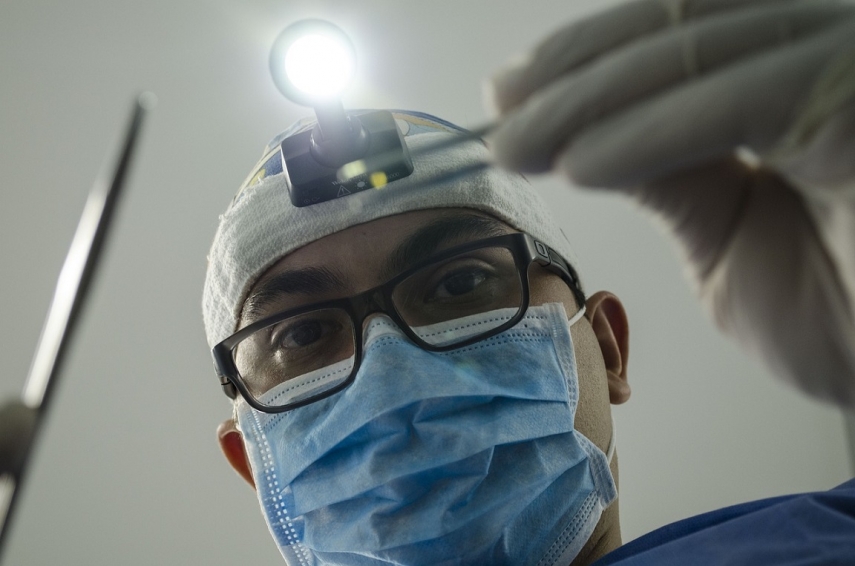 RIGA - In protest against the projected healthcare financing amounts in the next few years, healthcare workers will stage a protest, called "A Day without a Doctor", urging all physicians, except those working in emergency medical service, to take one-day unpaid leave before Saeima's vote on the 2020 state budget bill, as the Latvian Medical Association's President Ilze Aizsilniece informed LETA last night.

According to Aizsalniece, only emergency medical services will be available to residents on that day, to demonstrate what will happen already in a couple of years if politicians do not change their stance on healthcare.

The first event will be on October 29 at 11 a.m., when a press conference will be held to inform the public about the situation in other Eastern European countries where the healthcare budget and situation is similar to that in Latvia, but matters are tackled differently and there is sufficient financing for healthcare, said Aizsilniece.

She hopes for constructive dialog with the government and Saeima while Saeima continues reviewing the 2020 budget. If no such dialog is possible, healthcare workers will be considering staging different protests.

"A Day without a Doctor" will be one of these protests, organized to demonstrate what may happen if most physicians are not at work - which is what will happen if the healthcare financing policy does not change, stressed Aizsilniece.

If Saeima's decision on November 14 is not in the healthcare sector's interests, protests will continue and the Trade Union of Social and Health Employees will most probably propose dissolving Saeima, as the parliament will have voted against its own promises, namely to work in accordance with the law and in the interest of the people of Latvia, said Aizsilniece.