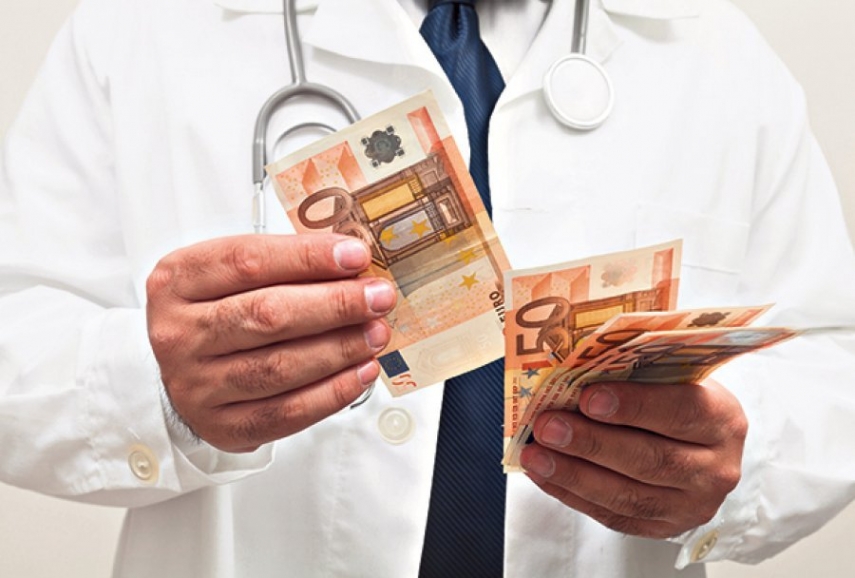 RIGA - Next year, the lowest monthly salaries  might rise by 20 percent for medical residents and by 10 percent for other medical staff, according to the Health Ministry's proposal the government is due to consider on Tuesday.

The pay rise would only be provided to those healthcare employees whose salaries are not three times higher than the average wage in Latvia. In the second quarter of 2019 the average gross wage in the country was EUR 1,083 and the average net wage was EUR 799, according to the Central Statistical Bureau's data.

The ministry noted that EUR 60.1 million have been earmarked in the 2020 budget for the medics' pay rises.

To encourage medical students to build their careers in Latvia, the Health Ministry proposes allocating EUR 4.04 million for raising medical residents' salaries by 20 percent in 2020.

For other medical staff, including employees providing healthcare services in hospitals and outpatient institutions, the ministry proposes raising the lowest salaries by 10 percent. These pay rises would require EUR 48.2 million.

As reported, several medical organizations have called on the Saeima to postpone the adoption of the 2020 budget because representatives of these organizations have prepared proposals on where to find the necessary EUR 60 million for medics' wages.

The prepared proposals have been sent to the government and parliament lawmakers with a request to review them at today's Saeima budget and financial (taxes) committee meeting.

Medics' organizations propose to redistribute EUR 38 millions from a number of Agricultural Ministry's programs, efficiency and topicality of which can be doubted. Also, the organizations propose to redistribute the state subsidy worth EUR 6.6 million to Valsts Nekustamie Ipasumi, state property manager, for construction of a memorial complex for victims of the Soviet occupation. Medics also call to use the money unspent in the 2019 budget worth EUR 5 million for the health care sector.

"We want politicians to finally understand that the health care employees are not ready to put up with the situation and will fight. Therefore, we have addressed international organization, asking for their support, and have started work on organization a mass strike," said The Junior Doctors Association's board chairman Karlis Racenis.