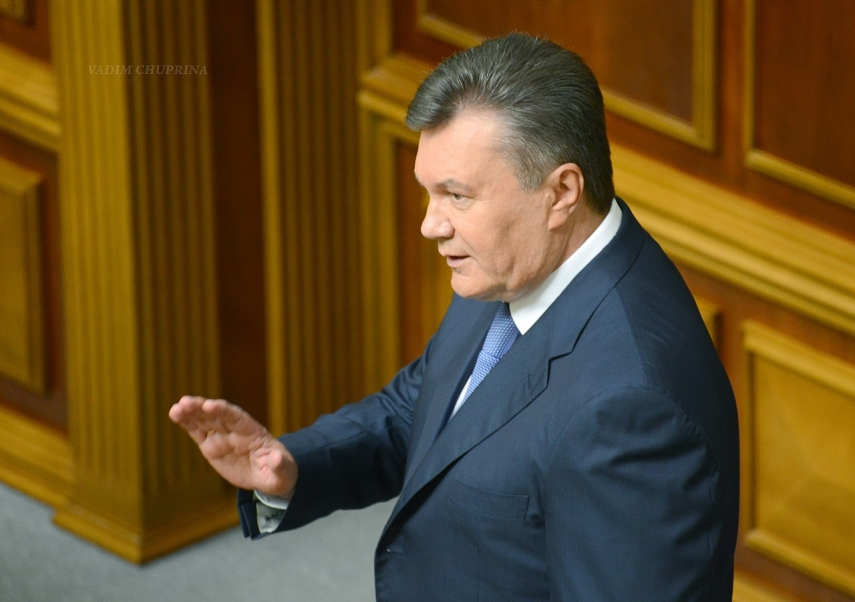 RIGA - Serhiy Lovochkin, who used to head the administration of former Ukrainian president Viktor Yanukovich, and his sister Yulia Lovochkina, co-owned Latvia's Trasta Banka through a proxy, according to a report published by the Organized Crime and Corruption Reporting Project" (OCCRP).

According to emails Treherne in fact ran the Lovochkins' family office. Under Lovochkina’s direct supervision, he handled their offshore firms, French villa, and art collection.

A key part of Treherne’s work was to find ways of hiding the Lovochkins’ beneficial ownership of various assets. To this end, he and others acted as proxies for the power-broker siblings, according to the OCCRP report.

One of the consultants in the family office advised Treherne in an email that "all politicians must stand apart from business during three-five generations... Foreign businessmen with good reputation should be ultimate beneficial owners".

A lawyer for the Lovochkins denied their ties to any wrongdoing, saying reporters’ questions had “no basis in fact.”

Besides being owners by proxy of the bank that hosted the Russian Laundromat accounts, the Lovochkins also used a system that showed up in OCCRP’s Laundromat data for their own payments, according to the leaked emails.

For instance, in 2010, Treherne instructed Yulia Lovochkina’s secretary how to correctly draw up a fake contract to make secret payments via New Zealand shell firm Lynform Capital, an offshore suspected of being part of the Laundromat.

“The Business activity [in the fake contract] should be consistent with the stated activities of the company, e.g. Metal trading, or ice cream manufacturer, gun running; whatever company Lynform has told the Bank,” Treherne explained.

As reported, the European Central Bank (ECB) has revoked Trasta Komercbanka's license, based on a proposal submitted to the ECB by the Latvian financial watchdog, the Financial and Capital Market Commission, and the bank's operations were halted on March 3, 2016.

According to the Financial and Capital Market Commission, Trasta Komercbanka has been operating with losses for a long period and has no viable business model or development strategy adequate to the situation. In addition, serious and sustained breaches of the anti-money laundering and counter-terrorist financing regulations were identified in the bank's activities.

On March 14, 2016, a court in Riga ruled to begin the liquidation process of Trasta Komercbanka, but on March 10, 2017, the court declared the bank insolvent and started a bankruptcy proceeding.