Grybauskaite: West will not reduce commitments to Ukraine in exchange for help against Islamic State 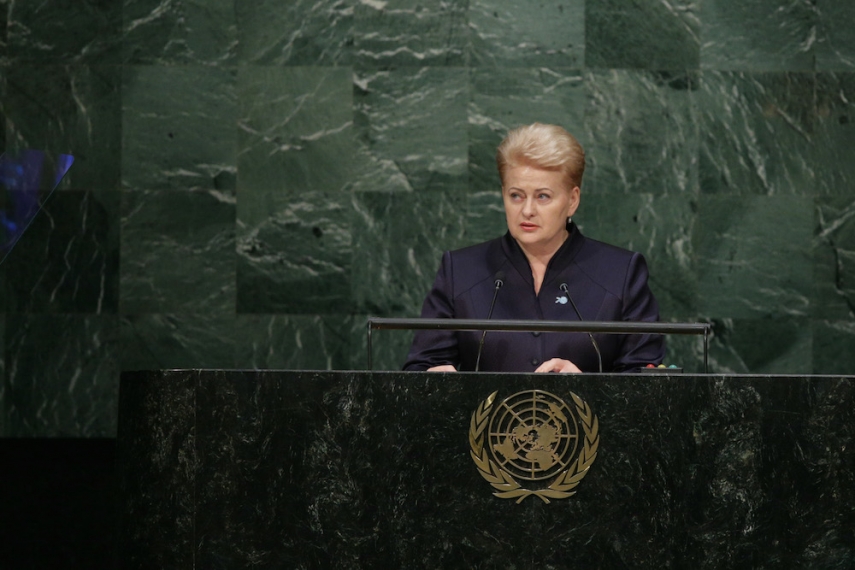 According to an advisor to Lithuanian President, Dalia Grybauskaite, the West will not renounce its commitments to Ukraine in exchange for Russia's help in fighting the Islamic State.

"Absolutely, not,” said Renaldas Vaisbrodas, a presidential advisor on Foreign Policy. “It is clearly stated in the United Nations that solutions for Syria must be looked for.

He said the West is not losing focus on Ukraine, as "non-responded aggression” might lead to "unpredictable consequences in Europe and our region."

However, both parties failed to resolve their disagreements on the role of Syrian President, Bashar al-Assad, in the country's future.

Obama slammed Putin for his support to the Syrian "tyrant" who is killing children.

The Russian leader blamed America's failed interventions in the Middle East for the rise of the Islamic State and also called on the world to support al-Assad in his fight against jihadists.