Great Cleanup Campaign is not just about collecting waste, refurbishing different areas also an important aspect of the campaign - Levits 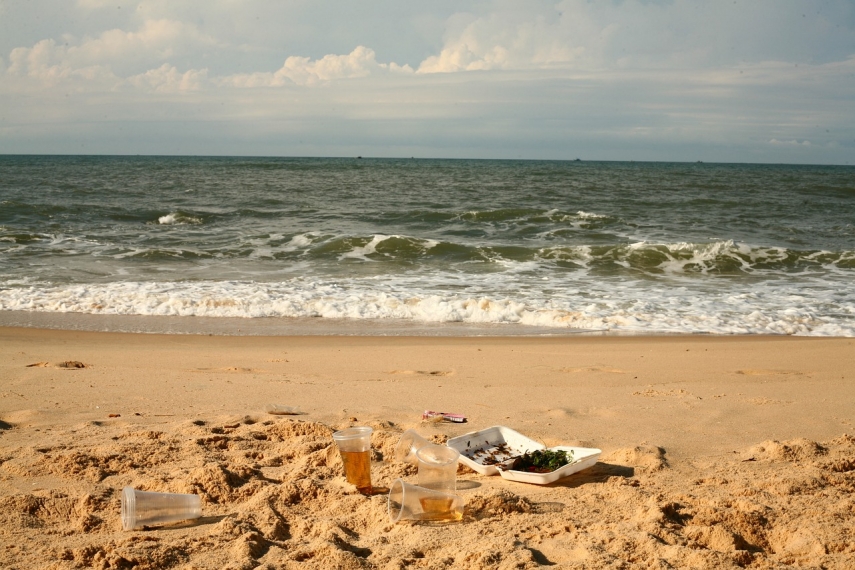 The Cleanup Campaign offers people the opportunity to meet each other, which is especially important now that people have just been allowed to gather together. The campaign is also an opportunity to get closer to nature, said Levits.

Levits likened the Great Cleanup Campaign to the tradition of Ligo! midsummer holidays and Song Festival, which are open to everyone. He believes that such events are a source of strength for the community.

Levits also emphasized that the war in Ukraine demonstrated the importance of the country's energy independence, in which renewable resources play an important role. "Latvia is in favor of breaking all ties with Russia as soon as possible, especially with regard to energy independence. Latvia has already warned Europe about its energy dependence on Russia's fossil resources. We can be one of the first to change this course," said Levits.

Finance Minister Janis Reirs (New Union) said that it was completely unacceptable that in Sweden energy and heat were produced from pellets made in Latvia, while in Latvia - from Russian gas. The minister believes that Cleanup Campaign is also an opportunity to educate the public about the European Union's Green Deal.

Environmental Protection and Regional Development Minister Arturs Pless (Development/For) said that changes in public attitude toward the environment could not be achieved in a short time. Nevertheless, the situation is improving every year, and the Cleanup Campaign has also contributed to this.