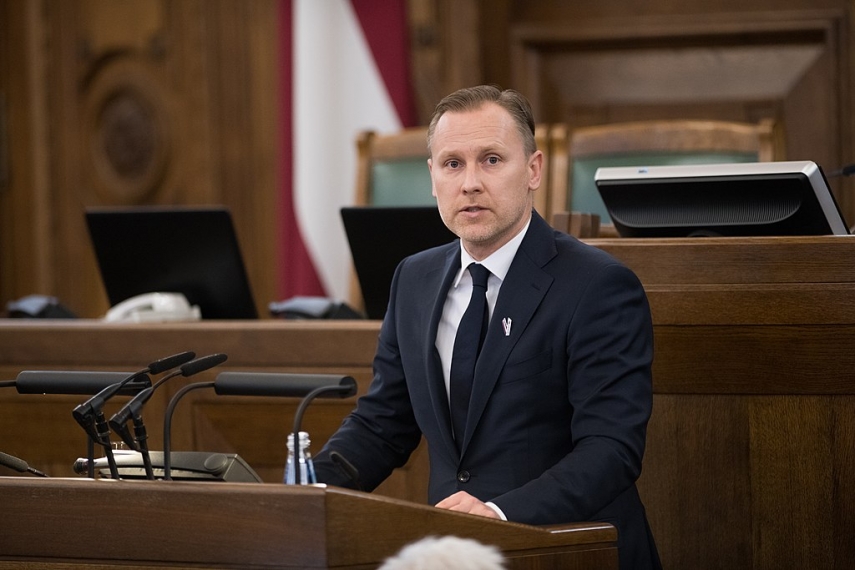 RIGA - KPV LV is the only political party with realistic chances of forming Latvia’s next government as it has shown itself as a potent political force already ahead of the parliament elections and it also sees a solution to the current political impasse, Aldis Gobzems, the KPV LV candidate for prime minister, told LETA.

Asked to elaborate on his claim that KPV LV could form a government, Gobzems said that Artis Pabriks, the candidate for prime minister nominated by For Development/For, has effectively withdrawn his candidacy.

In an interview with Latvian Radio on Thursday, Pabriks said that at this stage he was not being considered as a likely candidate for prime minister.

Gobzems confirmed that he and his KPV LV party are still maintaining his candidacy. Asked if he will be nominated for prime minister, Gobzems said that this question should be asked to President Raimonds Vejonis.

Gobzems believes that if the next round of negotiations on Latvia’s new government “leads into nowhere”, Latvia would have come closer to snap elections. He urged politicians to put national interests above all and agree on a diplomatic solution to the situation.

Gobzems also agreed with President Vejonis’ position that nominating a non-partisan candidate for prime minister would be a dangerous option contravening democratic values and might also result in a snap parliamentary election.

Asked about his chances of getting the security clearance all top state officials need to access state secrets, Gobzems said that he “has not and will not have” problems getting the clearance.

Gobzems was a bit evasive when asked about the possibility of KPV LV forming a coalition with Harmony. He said that it was not useful at the moment to speculate about such an option as first it would be necessary to see whether Harmony and KPV LV could form a government mathematically.

Asked whether KPV LV might back another candidate for prime minister nominated by For Development/For, Gobzems called this manipulation and declined to comment.

Until the nomination of the next candidate for prime minister, politicians will be holding informal talks and no official negotiations are being planned until then, Gobzems said.

As reported, on November 7, President Vejonis nominated Janis Bordans of the New Conservative Party for prime minister. On November 14, Bordans admitted his failure to form a five-party coalition government. Vejonis said he would revoke Bordans’ nomination and name another candidate for prime minister after consultations with political parties.