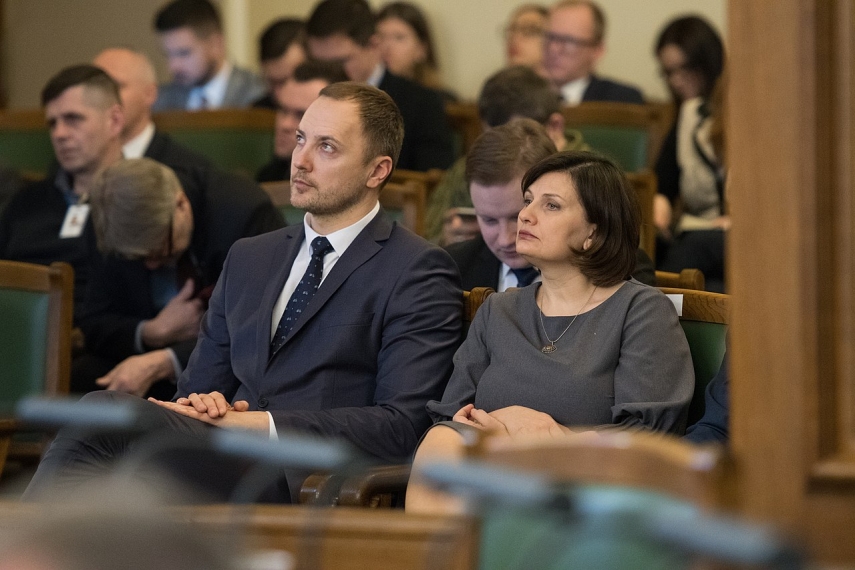 If the Riga City Council does not close the Deglava Bridge to traffic by Thursday, the State Police will do this on Thursday morning, the minister told reporters on Tuesday.

If the latter happens, the State Police will be diverting traffic from the bridge so as to minimize chaos that could ensue, said Girgens. However, traffic regulation is a responsibility of Emils Jakrins, head of the Riga City Council's Transport Department, and his subordinates, said the minister.

If traffic flows are not organized efficiently, Jakrins should be held responsible, said Girgens, adding that his priority was to care for people's lives.

When asked whether the bridge will be closed to traffic, Riga Vice-Mayor Vadims Baranniks (Harmony) told reporters that he would consult experts once again, and only then a decision would be taken.

As reported, Girgens has already issued a decree on closing the Deglava Bridge in Riga for traffic as of this Thursday.

The State Construction Control Office (BVKB) inspected the Deglava Bridge and discovered damages in its constructions which had not been identified before the renovation works were started. On April 8, BVKB ordered to suspend the construction works on the bridge. Inzenierbuve did the necessary measurements and calculations and concluded that the bridge is safe for traffic up to 30 tons. Repeated tests by independent experts will be carried out until the beginning of May.