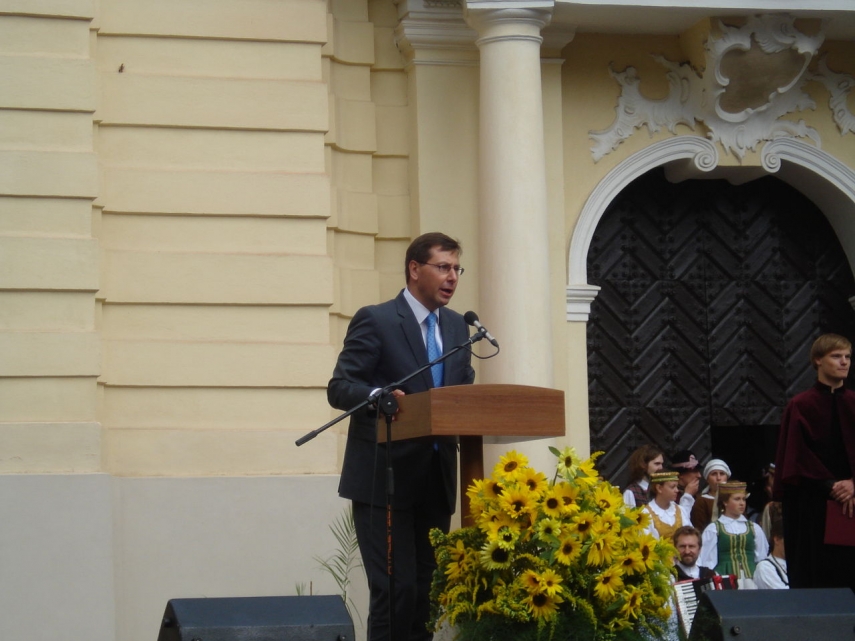 Gintaras Steponavičius, Lithuania’s Education and Science Minister 2008-2012, called for a radical shake-up of education in his home country, as nominations opened for the Varkey Foundation Global Teacher Prize 2018.

He also said a lack of time to implement sufficient reforms was his greatest regret of his time in office.

Mr. Steponavičius made the comments as he encouraged Lithuanian parents and pupils to put forward their most inspirational teacher for the 2018 award on the day that nominations and applications opened.

He says a systematic focus on teachers is the single biggest issue that would make a vital difference to improving education in Lithuania.

“The role of the teacher for quality in education is crucial. Therefore we need to do our utmost to make teaching a profession of dreams. In order to attract the best young minds to choose the path of teacher, we need to focus on four key areas. Firstly, we need to create favorable conditions for teachers at work: trusting teachers, encouraging and supporting their ideas, projects, and their creative approach.

“Then we need to focus on the professional development of teachers. A concrete amount of money should be set aside each year for individual development and choosing the most effective forms to improve his or her skills.

“Finally, investing in education is vital. Teachers must be paid good salaries; the best teachers have to be encouraged by earning more.”

A major reason Mr. Steponavičius supporting the Global Teacher Prize is because of its emphasis on raising the status of teachers around the world.

Nominations opened today, Wednesday 21 June 2017, for the US$1 million award, which is now in its fourth year and the largest prize of its kind in education.  Nominations can be made at www.globalteacherprize.org and the closing date for applications is Sunday 8 October 2017.

If teachers in Lithuania apply, or are nominated and then apply, they could be potentially shortlisted as Top 50 candidates later in the year and their inspirational stories publicized, helping to raise the bar of respect for the profession.

Canadian teacher Maggie MacDonnell won the 2017 Global Teacher Prize in March this year, with the announcement being made via a link from the International Space Station at the Global Education and Skills Forum in Dubai.

All 10 finalists will be flown to Dubai for an award ceremony taking place at the Global Education and Skills Forum in March 2018 where the winner will be announced live.

The prize is open to currently working teachers who teach children that are in compulsory schooling or are between the ages of five and eighteen. Teachers who teach on a part-time basis are also eligible, as are teachers of online courses. It is open to teachers in every kind of school and, subject to local laws, in every country in the world.

If teachers are being nominated, the person nominating them will write a brief description online explaining why.  The teachers being nominated will then be sent an email letting them know they’ve been nominated and inviting them to apply for the prize.   Applicants can apply in English, Mandarin, Arabic, French, Spanish, Portuguese and Russian. To join the conversation online follow @TeacherPrize on www.twitter.com/TeacherPrize and www.facebook.com/TeacherPrize