Georgian president says her country is both ambitious and realistic on road to EU, NATO 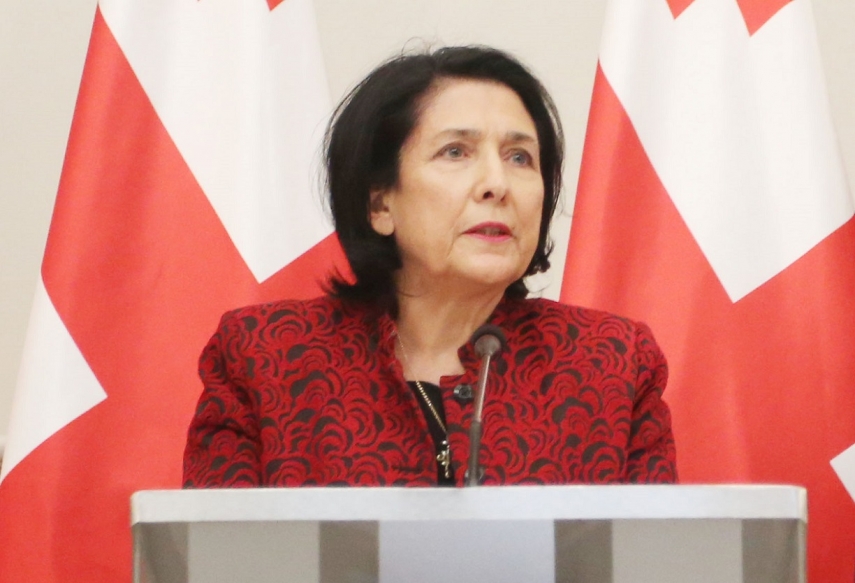 VILNIUS - Georgian President Salome Zurabichvili said in Vilnius on Thursday that her country remains ambitious in its EU and NATO membership aspirations, but it is realistic about its chances of joining the organizations in the near future.

"Sakartvelo (Georgia) is not fatigued either by the EU accession or NATO. We are realistic and ambitious at the same time," she said at a joint news conference with her Lithuanian counterpart, Dalia Grybauskaite.

Zurabichvili said she understands that the EU and NATO are currently facing challenges.

"That should be taken in mind, but that does not mean that we are slowing down the pace," the president said.

"We have embarked on this road and we cannot be stopped either by Russia with its aggressive policy or actions, threats, or in the organizations to which we are aspiring," she added.

The Lithuanian president also called on Georgia to keep up the pace of reforms.

Grybauskaite underlined the importance for Tbilisi to carry out judicial and anti-corruption reforms and improve the selection and evaluation of judges.

"The reform process both in terms of EU membership and NATO is beneficial to the country itself, so there can be no fatigue in this. On the contrary, the pace must be maintained," she said. "We are ready to help you in twinning projects with our expertise and to support you on the road."

The Lithuanian president said Georgia could join the EU and NATO "when there are both objective and subjective political circumstances".

NATO leaders said back in 2008 that Georgia would eventually join the Alliance.

Also, Georgia is one of the six Eastern European partners in the EU's Eastern Partnership initiative launched almost a decade ago.

Tbilisi's EU and NATO membership aspirations are hampered by its territorial disagreements with Russia.

Following the 2008 war, Moscow recognized the independence of the Georgian breakaway republics of South Ossetia and Abkhazia. Moscow has deployed thousands of its troops at military bases in the territories that are considered by the international community as Georgia's territories occupied by Russia.

Zurabichvili called for more active international efforts to return these territories to Georgia.

"We alone together with Russia will not be able to do anything worthwhile to achieve success," she said at the news conference.

Grybauskaite added, "Your country is left alone in front of Russia. This is not satisfactory and this will not take us any further."

The visit to Lithuania is the fifth foreign trip by Zurabichvili since her inauguration as Georgia's president in December.