Georgian ambassador to Latvia: EU must be unified on all issues, not just on Russia 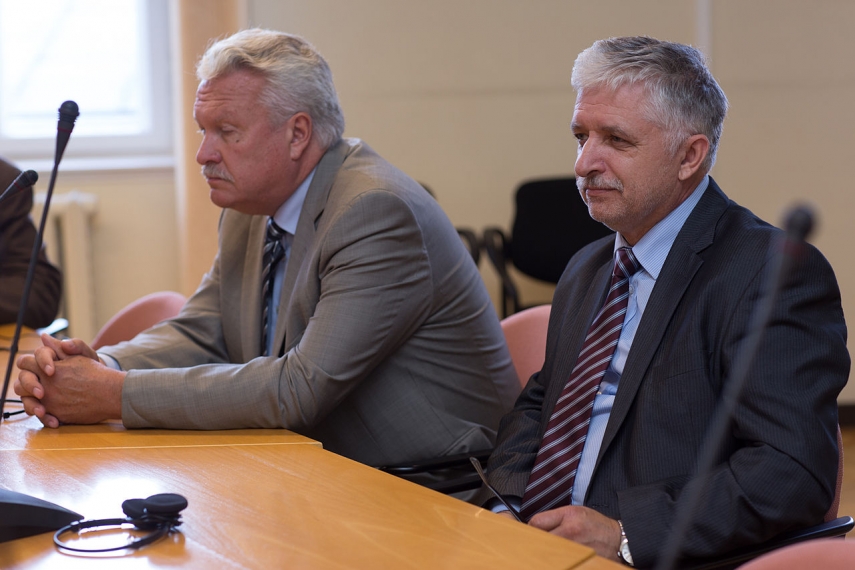 RIGA - The European Union must be unified on all matters, not just on Russia, Georgian Ambassador to Latvia Teimuraz Janjalia said in an interview with LETA.

He said that the EU's reaction to the conflict in Georgia was not strong enough, as several months later the EU renewed relations with the EU, and this served as a green light for Russia to continue what it has started, which can be seen in Ukraine at the moment.

''Already before the war, we warned our partners and told them that Russia will not stop at Georgia, and something similar could repeat itself somewhere else. The only exception would be if a strong international reaction were to follow,'' the ambassador said.

Janjalia is confident that Russia must fulfill all of its international commitments, and only then can the process of mending relations begin. If Russia continues to ignore its commitments, then it will be very difficult to mend these relations, he believes.

''When two neighbors live next to one another, both must be able to coexist and respect each other. I do not know when we might see some positive change, and who will initiate this process. At the moment there are no signs that Russia wishes to improve relations between our countries, but I hope that this will take place,'' he added.

He explained that despite Georgia's efforts to form a pragmatic policy towards Russia, the other side is not responding in kind. ''Just the opposite, when Georgia attempts to move closer to the EU and NATO, we see an increase in tensions in the occupied regions of South Ossetia and Abkhazia,'' he said.

''After occupying these regions, Russia has turned them into military bases, and the situation is extremely concerning with the fact that international observers have not been granted access to these territories. Provocations and kidnapping on the border of these occupied territories have already become daily occurrences,'' the ambassador said.

''Russia is attempting to use these occupied territories as a tool to prevent Georgia from joining the EU and NATO, but I hope we will find a way to solve this problem. I do not know when exactly this will take place, but I am confident that one day these territories will again be a part of Georgia,'' he added.