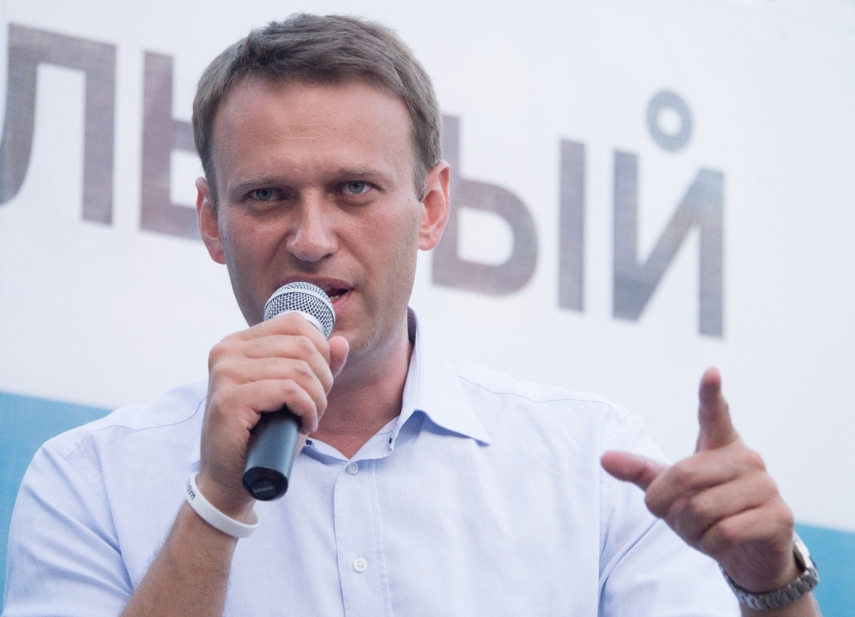 RIGA - The French and Baltic foreign ministers call for the release of Russian opposition leader Alexei Navalny and express concern about the situation in Belarus, LETA was informed by the Latvian Foreign Ministry after a meeting of the foreign ministers in Paris.

The Ministers for Foreign Affairs of Latvia, Edgars Rinkevics, Lithuania, Gabrielius Landsbergis and the Estonian deputy minister for European Affairs, Mart Volmer, met in Paris on January 26 at the invitation of the  French Minister for Europe and Foreign Affairs, Jean-Yves Le Drian. This first meeting this format was held on the centenary of the de jure recognition of the Baltic States by France, while the four countries will celebrate this year the 30th anniversary of the restoration of diplomatic relations between France and the Baltic States.

During the meeting, the Ministers took stock of the health situation in Europe, agreeing on the need to pursue a coordinated approach between Member States, in particular with regard to national vaccination strategies and border controls. Faced with the emergence of new variants and the need to protect populations, they called for the acceleration of vaccine production to enable vaccination campaigns to be rolled out more rapidly.

They welcomed the progress made towards the implementation of the European Recovery Plan and reiterated their commitment to the timely adoption of the Own Resources Decision at national level. They emphasized the importance of the compromise agreement reached by the European Council in July 2020 on unprecedented financial package and stressed the need to fully respect this agreement inter alia in the ongoing negotiations on sectoral proposals.

They discussed the preparation and priorities of the future French Presidency of the European Union.

The Ministers reiterated their strongest condemnation of the unlawful and politically motivated arrest by the Russian authorities of Alexei Navalny in defiance of ECHR rulings and called for his immediate and unconditional release. Russia must bring the perpetrators of Navalny's poisoning to justice and fulfil its commitments under the Chemical Weapons Convention. The Ministers called on Russia to genuinely respect its OSCE and Council of Europe obligations.

They expressed their strong concern about the situation in Belarus, after fraudulent presidential elections and regime’s continued violence against peaceful protestors, reaffirming their support for the people of Belarus to defend their right to elect the President through free and fair elections in line with international standards and under the OSCE / ODIHR’s observation.

The ministers reiterated unwavering support and commitment to Ukraine's independence, sovereignty and territorial integrity within its internationally recognized borders.

On the Nagorno-Karabakh crisis, they supported the mediation led by the Co-Chairs of the OSCE Minsk Group and stressed the importance of reaching a lasting solution under their aegis. They stressed the importance of avoiding any further destabilization of the security situation, in the context of the continuing challenges in the implementation of the ceasefire agreement of 9 November.

Following the inauguration of the new US Administration, they recalled the importance of a strong strategic transatlantic partnership based on common interests and shared values. Noting the unprecedented progress achieved by the EU in the field of security and defense, they stressed the need to maintain the momentum, while underlying that NATO remains the foundation of the collective defence for those States which are members of it. The ministers stressed the importance of the operations conducted in the Sahel area in the fight against terrorism and took stock of their commitment.

They referred to the situation in the Eastern Mediterranean, expecting sustainable de-escalation with Turkey in view of the March European Council.

The ministers stressed the need to continue the efforts undertaken at European level to rebalance the relationship with China. The aim is to commit China to common priorities, such as the climate, sustainable development, the promotion of multilateralism and respect for human rights. With regard to human rights, France, Estonia, Latvia and Lithuania reiterated their concerns about developments in Hong Kong and the treatment of persons belonging to ethnic and religious minorities, particularly in Xinjiang and Tibet.

They stressed the importance of making progress in defining a European strategy for the Indo-Pacific region.

Noting the many convergences in their analyses and positions and the usefulness of close communication in different formats, the Ministers agreed on the need to hold regular consultations on European and international issues of common interest.