Freeport of Ventspils must immediately be separated from officials mentioned in U.S. list of sanctioned individuals - Linkaits 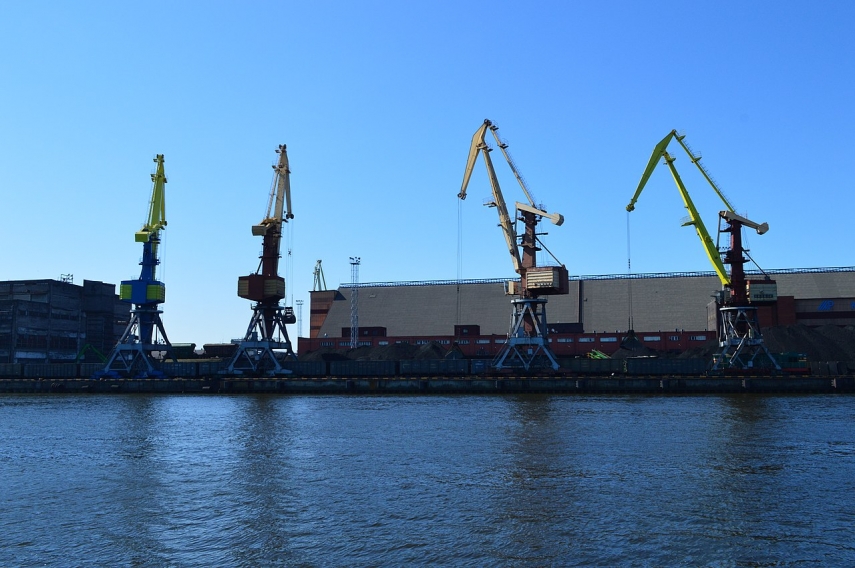 RIGA - The Freeport of Ventspils must immediately be separated from persons mentioned in the U.S. list of sanctioned individuals, Minister of Transport Talis Linkaits (New Conservative Party, JKP) told Latvian Radio this morning.

He noted that the Freeport of Ventspils Authority manages the second largest port in Latvia - the cargo turnover at the port of Ventspils is about 20 million tons per year and employs more than 2,000 people.

"In fact, the Ventspils port is one of the main elements of our transit system, so we should try to prevent or at least reduce any activities that might harm the transit flow and also companies operating at Ventspils port and not related to [Ventspils Mayor Aivars] Lembergs," he said.

"We need to ensure that businesses can operate in the Freeport area, both in the industrial area and in freight and passenger transport. So at today's government meeting we will discuss ways how we can lessen Lembergs' influence at the port and how to separate the structure of Ventspils port from any influence of the persons mentioned in the sanctions list,'' the minister added.

He said that there are several options on how this could be accomplished, and that the government's legal experts are already working on possible scenarios.

"At this point, the most important thing is to make a quick and clear decision to separate the port's operations from these individuals," Linkaits said.

As reported, the Office of Foreign Assets Control (OFAC) of the US Department of The Treasury on Monday imposed sanctions on a number of people and legal entities in Europe, Asia and Latin America, including on Ventspils Mayor Aivars Lembergs, based on the so-called Magnitsky act.

According to OFAC, Latvian oligarch Aivars Lembergs is designated for being a foreign person who is a current or former government official responsible for or complicit in, or directly or indirectly engaged in, corruption, including the misappropriation of state assets, the expropriation of private assets for personal gain, corruption related to government contracts or the extraction of natural resources, or bribery.

Lembergs has served as the Mayor of Ventspils, Latvia, since 1988. From that time, he has been repeatedly accused of money laundering, bribery, and abuse of office. Lembergs controls entities through political parties and corrupt politicians, and systematically exploits those entities and individuals for his own economic gain. Lembergs has used his influence over leadership of political parties to shape government personnel and place certain government officials in positions, as well as to obstruct other government officials from obtaining leadership positions. Additionally, Lembergs has leveraged and corrupted law enforcement officials to protect his interests and subvert politicians whom he otherwise was unable to control.