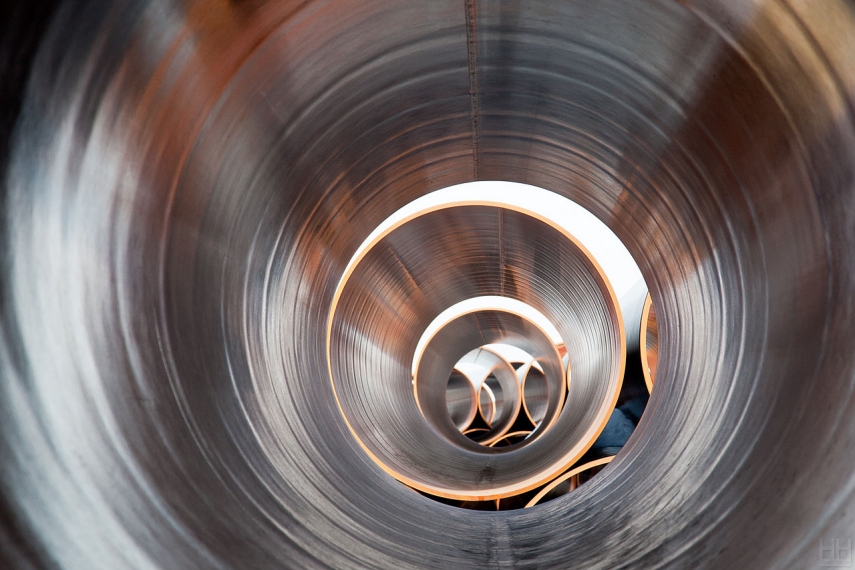 PARIS - France says it supports proposed amendments to rules on the European Union’s energy market that could potentially threaten the completion of an underwater natural-gas pipeline between Russia and Germany through the Baltic Sea.

EU member states were set to discuss extending EU gas-market regulations to offshore pipelines such as the planned Nord Stream 2 pipeline at a meeting in Brussels today.

On the eve of the talks, the French Foreign Ministry said that France “intends to support the adoption of such a directive."

"Work is continuing with our partners, especially Germany, on the changes that could be made to the text," it added.

The move puts Paris at odds with Berlin, which has championed the planned 1,230-kilometer project, which is also being pushed by the Kremlin.

However, the project faces opposition from the United States and many countries in Eastern and Central Europe, because it would avoid existing gas pipelines through Ukraine and increase Europe's energy dependence on Russia.

"We are not for or against Nord Stream 2," a French diplomatic source told the AFP new agency. "We are asking that there are guarantees for the security of Europe and for the security and stability of Ukraine."

An EU source has said that France's vote would be decisive, likely leaving Germany short of a blocking minority, according to Reuters.

The EU executive wants a say over how Nord Stream 2 is used before its construction, which involves European companies, is completed.

In the United States, a bipartisan group of senators drafted a resolution calling for the cancellation of the pipeline project, and leaders of the Senate Foreign Relations Committee said they would take up the resolution at their next business meeting.

In its current form, Nord Stream 2 is fully owned by Russian state energy giant Gazprom and would not be compliant with the proposed new rules.

In a joint op-ed published by Germany’s Deutsche Welle, the U.S. ambassadors to Germany, Denmark, and the European Union on February 7 urged EU member states to support the proposed change in the EU regulations.

Russian officials and German Chancellor Angela Merkel have insisted that the pipeline is a purely economic project.

Speaking during a visit to Slovakia, Merkel said on February 7 that Nord Stream 2 would not make Germany dependent on Russia for gas “if we diversify at the same time."

Germany considers it important for Ukraine to maintain its role as a transit country for Russian gas, she also said.

In Moscow, Russian Foreign Ministry spokeswoman Maria Zakharova expressed “hope that when making [their] decision, EU member countries will be guided by their own national interest.”