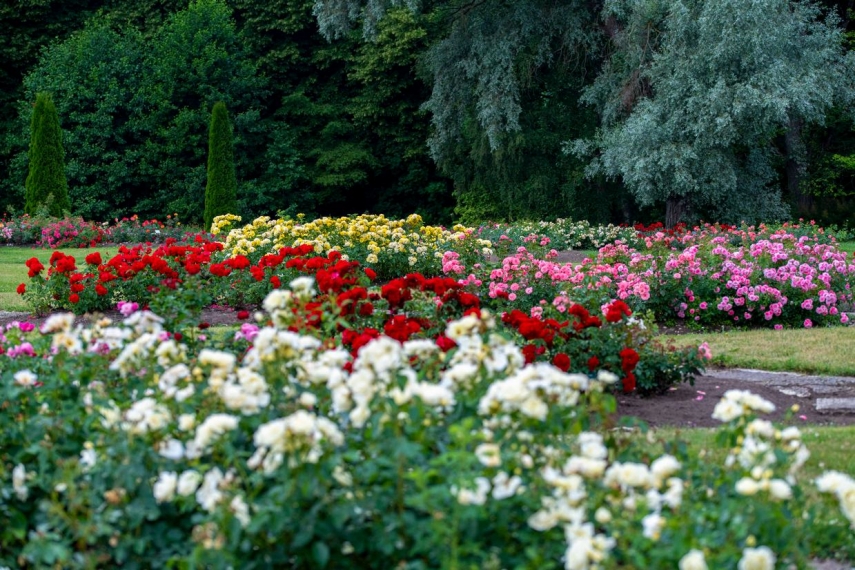 This Sunday, May 1, the Tallinn Botanic Garden, accompanied by a police orchestra, will open the summer season. The event is timed to coincide with the celebration of several important events, one of which will be the solemn donation of roses to the botanic garden – the plants will be presented by the British Embassy to mark the anniversary of the reign of Queen Elizabeth II.

With a donation of plants dedicated to the ruling British monarch, the botanic garden will launch the campaign “Your rose in the Tallinn Botanic Garden”, the aim of which is to allow plant lovers to take part in the renovation of the botanic garden rose garden and support the purchase of the plants.

“The rose is considered the queen of flowers, which is why we dedicate the renovation of our rosary to Elizabeth II, the longest-reigning monarch in British history, who this year celebrates her Platinum Jubilee, 70 years on the throne. The rose garden is one of the first, most remarkable and traditionally the most popular collections of the Tallinn Botanic Garden. At the same time, the entire May in the Embassy of the Plant Kingdom will be dedicated to Great Britain, a country famous for its gardening. Together with the British Embassy, ​​we will offer visitors interesting events throughout the month,” said the director of the Tallinn Botanic Garden Urve Sinijärv.

In addition to the solemn handover of the donation and the announcement of the campaign on May 1, the opening of the main staircase will also be celebrated in the botanic garden. The first public concert of the season will be given by the Tallinn Police Orchestra on the new stairs.

Plant lovers will be able to take part in guided tours in Estonian and Russian languages. At the children’s morning it is possible to learn to recognize spring flowers and take part in a workshop on folding spring flowers out of paper. Tours start from the ticket office at the main gate.

11:50 – performance of the Tallinn Police Orchestra on the main staircase

12:15 – performance of the Tallinn Police Orchestra on the main staircase

From May 1, the Tallinn Botanic Garden is open daily from 10:00 to 19:00. The cost of a day ticket to the botanic garden during the summer season is 6 euros; the discount ticket - 3 euros. Ukrainian war refugees can visit the Tallinn Botanic Garden free of charge. The right to free admission must be supported by a document confirming the citizenship of Ukraine – a biometric passport, another valid travel document or a certificate with personal details issued by the Embassy of Ukraine.