First of all, medical personnel's salaries must increase, all other promises are of secondary importance - Vinkele 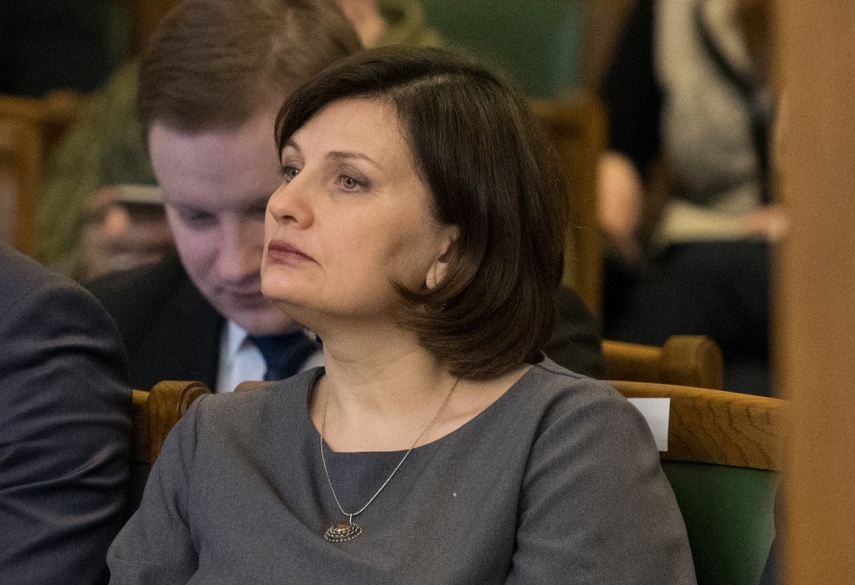 RIGA - First of all, salaries of medical personnel must be increased, all other promises the government has made are of secondary importance, Health Minister Ilze Vinkele (For Development/For) said at a meeting of Saeima Social and Employment Matters Committee on Wednesday.

Vinkele reminded MPs that the Healthcare Financing Law stipulated increasing medical workers' salaries by 20 percent also in 2020 and 2021. That would require EUR 120 million next year.

The minister stressed that the law should transcend the different intentions of political parties. "Once the law is fulfilled, all other promises may be fulfilled," she said.

Riga Eastern Clinical University Hospital's CEO Imants Paeglitis pointed out that, even though there were still a lot of vacancies at the hospital, the overall situation had improved, largely because of higher salaries. Several other hospitals' representatives also said that the situation was improving, and insisted that increasing medical workers' salaries had to continue.

Latvian Association of Rural Family Physicians' President Liga Kozlovska expressed concerns about medical workers' salaries, pointing out that all family physicians had recently received letters from a British recruiting company, offering them to work in the United Kingdom for GBP 90,000 a year.

The Health Ministry's representative Aris Kasparans said that increasing medical personnel's salaries would continue, so in 2021 their salaries would be two times higher than the average salary in Latvia.

The meeting continued for almost two hours, and at the end members of the committee agreed that they would support increasing medical workers' wages by 20 percent next year.