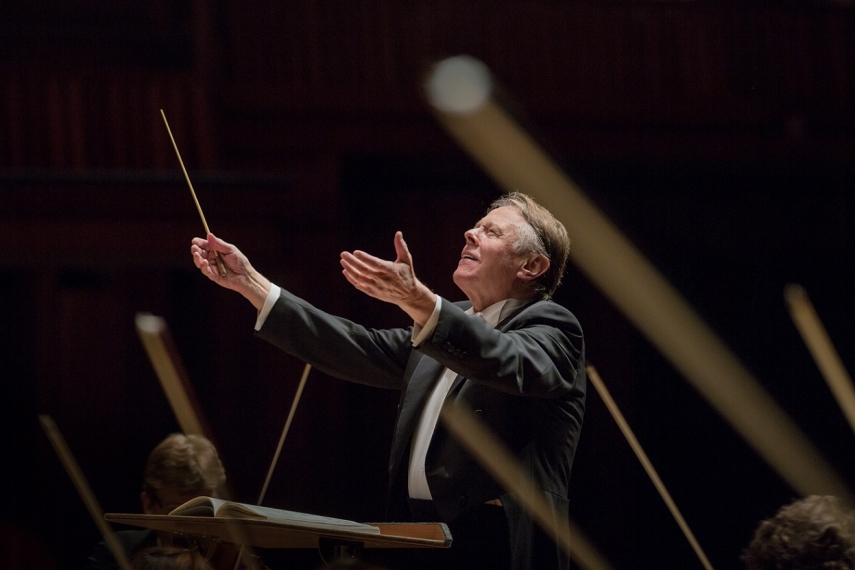 New festival takes place in the historic cities of Riga and Jurmala, presenting four powerful weekends, each anchored by a leading international orchestra and conductor with a range of symphonic concerts and recitals featuring the foremost stars of classical music.

The artists and programmes have been confirmed for the first ever Riga Jurmala Music Festival. The new-concept festival takes place in the historic cities of Riga and Jurmala and presents four powerful weekends – July 19-21, August 16-18, August 23-25 and August 30-September 1. Each weekend is anchored by a leading international orchestra and conductor, with a range of symphonic concerts and recitals, featuring a dazzling array of the foremost stars of classical music, both instrumental and vocal. The Festival isdestined to contribute to the rich panorama of cultural offerings in Latvia and provides a major platform for young talent from the Baltic region and beyond, all taking place in a celebratory atmosphere of artistic exchange.

The first weekend is set entirely in Riga, Latvia’s historic and architecturally rich capital, the birthplace of Mariss Jansons. He conducts the Bavarian Radio Symphony Orchestra, of which he has been Chief Conductor since 2003, in the weekend’s opening gala and closing concert. They both take place in the Latvian National Opera, a splendid gilded theatre dating from the 1860s. On the Friday, between Sibelius’ Symphony No. 1 and Strauss’ suite from Der Rosenkavalier, the soloist in Prokofiev’s Violin Concerto No. 2 is Julian Rachlin.  Rachlin was born in neighbouring Lithuania, but moved at a young age to Austria, training at the conservatory in Vienna, where Rudolf Buchbinder makes his home. The Austrian pianist is Jansons’ soloist in the Sunday concert, interpreting Brahms’ Piano Concerto No. 2, which is complemented by Beethoven’s Symphony No. 2. On Saturday evening, Buchbinder pairs up with Rachlin for a recital of sonatas by Schubert, Beethoven and Brahms – also at the Latvian National Opera. Completing the weekend are two afternoon recitals by rising young pianists at the Great Guild Hall, a splendid Gothic-style building with roots in the 14th century.  Russian-Lithuanian pianist Lukas Geniušas plays Chopin, Prokofiev and Desyatnikov on Saturday afternoon and, on Sunday afternoon, the recitalist is British pianist Martin James Bartlett. He presents a wide-ranging programme of works by Bach, Mozart, Liszt, Schumann, Granados and Scriabin.

The subsequent three weekends are based in Jurmala, Latvia’s flagship seaside resort. Just half an hour from Riga, it is famed for its expansive white-sand beaches and elegant wooden villas. It is also home to the Dzintari Concert Hall. Recently the object of a stylish, multi-million-euro renovation, it offers both an intimate timber-built venue, dating from 1936 and accommodating 500 people, and a 2,000-seat space which opened in the early 1960s and celebrates the summer by being open-sided.

The Russian National Orchestra, led by Russian conductor, pianist and composer Mikhail Pletnev, makes a fitting climax in the second weekend with Pletnev’s own arrangements of suites from Bizet’s L’Arlésienne and Prokofiev’s Romeo and Juliet, with another native of Riga, cellist Mischa Maisky, joining as the soloist in Saint-Saëns’ Cello Concerto No. 1. A rich programme of recitals leads up to that point: Beethoven, Schubert, Tchaikovsky and Shostakovich are on the Friday-evening programme with Mischa Maisky and his daughter, pianist Lily Maisky. Saturday evening brings arias and songs by Mozart, Massenet, Verdi and Puccini from Maltese tenor Joseph Calleja and American pianist Vincenzo Scalera, while Montenegrin guitarist MILOŠ is scheduled for Saturday afternoon, playing repertoire that includes works by Bach and various Latin composers.

On both Saturday and Sunday evenings of this weekend, Zubin Mehta, a native of India, conducts the Israel Philharmonic Orchestra, of which he has been Music Director for more than 50 years. Joining them in the first concert is American pianist Murray Perahia, soloist in Beethoven’s Piano Concerto No. 4, which is followed by Mahler’s Symphony No. 1. On Sunday, Chinese pianist Yuja Wang performs Rachmaninoff’s Piano Concerto No. 3 in a programme that concludes with Berlioz’s Symphonie fantastique, marking the 150th anniversary of the composer’s death. The weekend opens with a recital of Chopin, Schumann, Ravel and Rachmaninoff by young Canadian pianist Jan Lisiecki.  Russian pianist Denis Kozhukhin appears on both Saturday and Sunday afternoons: in a solo recital comprising works of Mendelssohn, Grieg and Gershwin, and in a joint recital with Moldovan violinist Alexandra Conunova performing sonatas by Poulenc and Strauss. German baritone Benjamin Appl, in collaboration with British pianist Simon Lepper, brings his celebrated Heimat recital programme to the Festival, which he has performed worldwide and recorded for Sony Classical.

Anchoring the final weekend of the festival is the London Symphony Orchestra under its Principal Guest Conductor, the Italian Gianandrea Noseda. On Friday evening, Rimsky-Korsakov’s Suite from The Invisible City of Kitezh and Shostakovich’s Symphony No. 6 frame Prokofiev’s Piano Concerto No 2, showcasing yet another young soloist, the KoreanSeong-Jin Cho.  On Saturday evening, Tchaikovsky’s Symphony No. 5 concludes a programme that opens with suitably maritime music – Britten’s Four Sea Interludes and Passacaglia from Peter Grimes – which is followed by Bruch’s Violin Concerto No. 1 with Russian violinist Vadim Repin.

Afternoon recitals on Saturday and Sunday are provided by three rising artists.  The Chinese soprano Ying Fang, in recital with the American pianist Ken Noda, presents a programme of Handel, Schubert, Mozart, Rachmaninoff and Bizet. French cellist Edgar Moreau plays three of Bach’s solo suites while his fellow Frenchman, pianist Lucas Debargue, brings the weekend and the inaugural festival to an end with a recital on Sunday at 5:00pm that features no less than 13 of Scarlatti’s Sonatas alongside Bach’s Toccata in C minor and Beethoven’s Piano Sonata No.32.

The Riga Jurmala Music Festival is under the artistic direction of Martin Engstroem. Engstroem returns to the Baltic – he was born across the water in Sweden – from the mountains of Switzerland, where he continues to run the Verbier Festival: since he founded it 25 years ago, the Verbier Festival has become synonymous with the world’s greatest musicians and with the development of exceptional young talent.

Both Riga and Jurmala are readily accessible from Riga’s international airport. Latvia’s capital, a former Hanseatic port situated at the mouth of the River Daugava, has become a vibrant and sophisticated tourist destination and in 2014 was European Capital of Culture. There are proposals for a major new concert hall in the city and comprehensive restoration is planned for the Wagnersaal, a small 19th-century hall situated in the street named after Richard Wagner, who lived and worked in Riga in the 1830s.

Latvia, which joined the EU in 2004, benefits from excellent physical and digital infrastructure and a strong, distinctive cultural identity. Music, especially choral singing, is deeply embedded in the country’s being. The Latvian Song and Dance Festival is a stadium event which takes place every five years and the 2018 Song and Dance Celebration,marking Latvia’s 100th birthday, attracted an estimated 40,000 participants and some 500,000 spectators (more than a quarter of the country’s population). In addition to the artists already mentioned, musicians of international stature who currently represent Latvia’s thriving tradition in classical music include the singers Marina Rebeka, Maija Kovaļevska, Inese Galante, Aleksandrs Antoņenko and Egils Siliņš, violinists Gidon Kremer and Baiba Skride, accordionist Ksenija Sidorova and composers Pēteris Vasks and Arturs Maskats.

Tickets on sale from 27 February at www.riga-jurmala.com