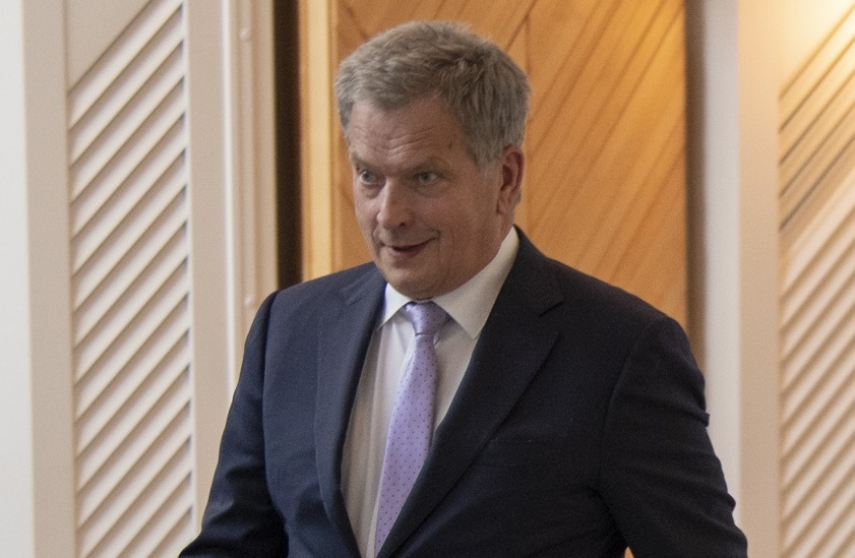 Photo: Chairman of the Joint Chiefs of Staff from Washington D.C, United States

RIGA - During a meeting with Finland’s President Sauli Niinisto in Helsinki today, President Egils Levits assured him that as the current holder of the European Union’s rotating presidency, Finland can count of Latvia’s support for its priorities, LETA was told at the president’s office.

“We need to stand by our common European values, such as an effective, nondiscriminatory rule of law. Like Finland, we believe that there is a clear necessity for an ambitious and fast response to climate change issues both on the national and EU level,” the Latvian president said.

Levits also said he was glad about the interest of Latvia and Finland to step up cooperation between the Baltic and Nordic countries.

“Further regional integration is essential for our common growth and security,” the Latvian president said.

He indicated that Latvia also wants to expand bilateral economic, cultural and education cooperation with Finland as well as people-to-people contacts. Levits appreciated Finland’s active involvement in such regional infrastructure projects like Rail Baltica, which is expected to promote bilateral and regional cooperation.

In their conversation, the presidents’ touched on global environmental issues, including wildfires in the Amazon rainforest, Siberia and Africa, noting that they are a global problem and countries need to urgently create an international mechanism for fighting environmental problems and climate change.

The two presidents paid special attention to strengthening Europe’s information environment. Levits underlined the importance of the joint NATO-EU efforts to counter hybrid threats and disinformation, praising the work of the Riga-based NATO Strategic Communications Center of Excellence and the Helsinki-based European Center of Excellence for Countering Hybrid Threats.

As part of his working visit to Finland, the Latvian president is also scheduled to visit Helsinki-based European Center of Excellence for Countering Hybrid Threats and meet with Finnish parliament vice speaker Tuula Haatainen.