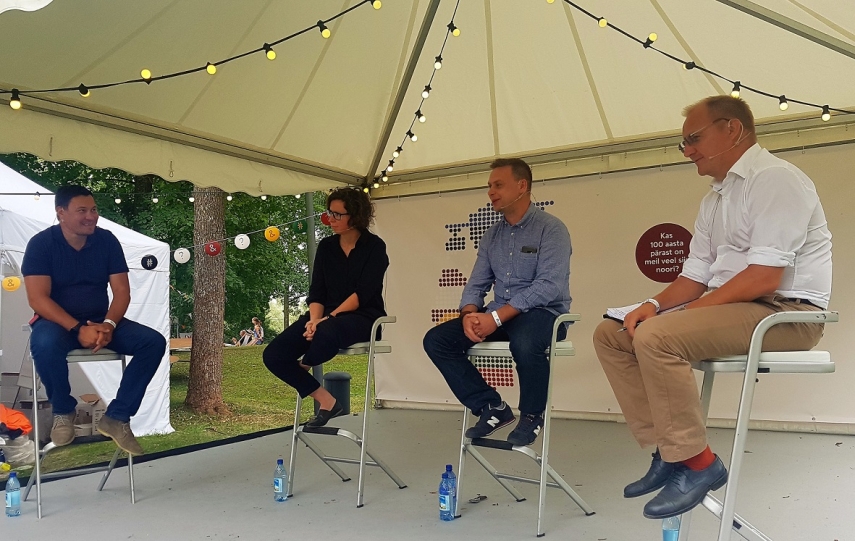 As a gigantic infrastructure project, Rail Baltica will essentially affect the Baltic construction market. It will attract major international contractors to the region, because of labour force shortage may bring back migrated workers from other countries and material recycling should be explored to save natural resources, the speakers in the Opinion Festival’s Baltic construction panel said. In the same time, Tallinn–Helsinki tunnel would be a natural prolongation of Rail Baltica.

“Because of its immense size, Rail Baltica is on the radar of large international contractors, primarily from Europe and maybe even from China, because they are very active in the field of infrastructure projects. Also recent acquisitions of Estonian building sector companies may be preparations for the tender phase. The question is what the local, Baltic companies will get and what others”, Eneli Liisma, Head of Quality Management Department at AS Merko Ehitus Eesti, said in the discussion panel organised by the construction materials company Sakret.

Liisma added that for the time being, Estonian companies are mostly interested earthworks and resources in the quarries have been marked and logistics prepared. But signal works and other specific tasks may be for larger companies from Europe and the question is what kind of cooperation there would be.

Rene Vinkler, Sales Manager, Sakret OÜ noted that many new quarries will be opened to provide sand, limestone and other materials for Rail Baltica. “I’m more concerned that with opening new quarries, we are laying a burden on our natural resources and therefore we should use more recycled materials, especially wood and concrete. Estonia doesn’t have much experience of it, but in Western Europe recycled materials are used and we should explored, to have consistent characteristics and quality, the panellists found.

According to Raimonds Jansons, Ambassador of Latvia in Estonia, Rail Baltica is an ongoing, real project with tenders and preparations going on. “It’s not only a high-speed railway, it’s a new economic corridor and will offer massive opportunities”. In the same it poses a challenge to the job market when 13,000 construction workers are needed for the project in the Baltics. The panellists found that Rail Baltica may be a driver to attract labour force back from Finland, UK and other countries, to find employment at home.

When the moderator Kaspars Pacēvičs, CEO of Sakret OÜ, raised the topic of the planned tunnel between Helsinki and Tallinn, Ambassador Jansons noted that the tunnel would be of course a natural prolongation of Rail Baltica, as it makes a whole corridor available for Finland and will be inevitably done sooner or later.

The discussion panel “Building trends in the Baltics in 2038” was held at the Opinion Festival in Paide in Swedbank’s Baltics stage. The panellists discussed building sector’s upsides and downsides from “good times” to crisis and assessed the outlook for the next decades.