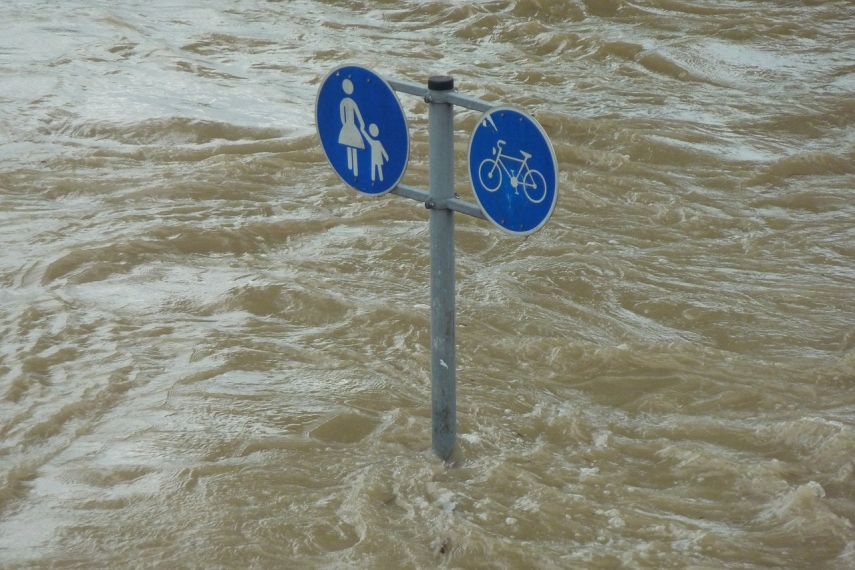 The EU Directive of 2007 led to progress in assessing the risks of floods, but the planning and implementation of flood protection should now be improved, according to a new report from the European Court of Auditors. The auditors warn that major challenges remain in the much fuller integration of climate change, flood insurance and spatial planning into flood risk management. They are critical of weaknesses in allocating funding.

Flood events have become more frequent in Europe since 1985. In recent years, the trend shows that more than twice as many flash floods of medium to large magnitude have been registered as in the late eighties. As the climate changes, the EU is experiencing heavier rainfall, harsher storms and rising sea levels. According to the European Environment Agency, the consequences of fluvial, pluvial and coastal floods in Europe will overall worsen as a result of local and regional increases in the intensity and frequency of flooding. The Intergovernmental Panel on Climate Change (IPCC) and other research indicate that rainfall events are likely to become more intense across Europe, and sea levels will continue to rise. Research shows that damage caused by flooding could rise to €20 billion a year by the 2020s, €46 billion by the 2050s, and €98 billion by the 2080s.

The auditors checked whether flood prevention, protection and preparedness under the Floods Directive were based on sound analysis and whether the approach employed was likely to be effective. The auditors carried out visits to river basin projects in eight Member States - Slovenia, Italy, Spain, Portugal, Romania, Bulgaria, Austria and the Czech Republic, as well as in the Netherlands.

“Major future challenges remain concerning the much fuller integration of climate change, flood insurance and spatial planning in flood risk management. Floods can cause injury, loss of life, considerable economic costs, damage to the environment and cultural heritage,” said Phil Wynn Owen, the Member of the European Court of Auditors responsible for the report. “We found that the EU’s Floods Directive of 2007 had positive effects overall, but implementation plans suffered from weaknesses in allocating funding.”

The auditors found that the Directive improved coordination between the Member States and the Commission, particularly through the latter’s supervisory and monitoring role, sharing of knowledge and best practices. They found that all Member States visited have begun implementing the flood risk management plans, but that improvements are needed. The flood-related action suffers from weaknesses in allocating funds: the sources of financing were only partially identified and secured in the Member States’ flood risk management plans, funding for cross-border investment was limited, and money was generally not allocated in line with the priorities. In one river basin district, the auditors estimated a gap of over €1.1 billion between planned spending andavailable financing.

Most Member States used cost-benefit analysis in order to achieve the best value for money from flood-related projects, but the auditors found weaknesses in its use. Two thirds of the Member States did not focus in their plans on green infrastructure projects, which are a cost-efficient means of reducing flood risks. One Member State planned to use grey infrastructure made of concrete to reinforce a six-kilometre long riverbank without considering green solutions.

The auditors warn that major future challenges remain concerning the much fuller integration of climate change, flood insurance systems and land use planning into flood risk management. For example, the Member States visited could not factor in the impact of climate change on the magnitude, frequency and location of floods. Moreover, they generally used historical data, which carries a risk of not reflecting future weather conditions or potential changes in the frequency and severity of floods.