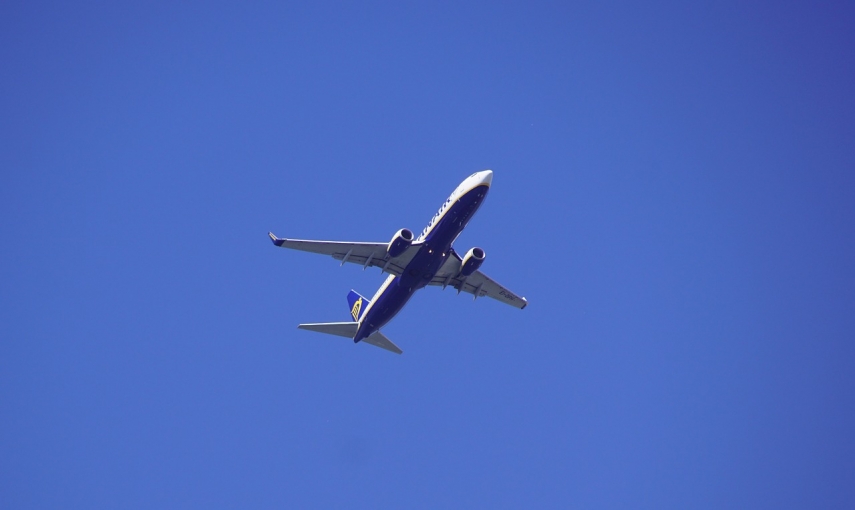 BRUSSELS - The European Union agreed Monday to impose sanctions against Belarus, including banning its airlines from using the airspace and airports of the 27-nation bloc, amid fury over the forced diversion of a passenger jet to arrest an opposition journalist.

In what EU leaders have called a brazen “hijacking” of the Ryanair jetliner flying from Greece to Lithuania on Sunday, they also demanded the immediate release of the journalist, Raman Pratasevich, a key foe of authoritarian Belarusian President Alexander Lukashenko.

The EU leaders also urged all EU-based carriers to avoid flying over Belarus, decided to impose sanctions on officials linked to Sunday's flight diversion, and urged the International Civil Aviation Organization to start an investigation into what they see as an unprecedented move and what some said amounted to state terrorism or piracy.

The leaders called on the European Council “to adopt the necessary measures to ban overflight of EU airspace by Belarusian airlines and prevent access to EU airports of flights operated by such airlines.” In addition to Pratasevich, they also urged authorities in Minsk to release his Russian girlfriend, Sofia Sapega, who was taken off the plane with him.

The text was endorsed quickly by leaders determined to oppose a “strong reaction” to the incident because of the “serious endangering of aviation safety and passengers on board by Belarussian authorities,” according to an EU official with direct knowledge of the discussions who was not authorized to speak publicly about the private talks.

Ryanair said Belarusian flight controllers told the crew there was a bomb threat against the plane as it was crossing through Belarus airspace on Sunday and ordered it to land. A Belarusian MiG-29 fighter jet was scrambled to escort the plane in a brazen show of force by Lukashenko, who has ruled the country with an iron fist for over a quarter-century.

Belarus authorities then arrested the 26-year-old activist, journalist and prominent Lukashenko critic. Pratasevich and his Russian girlfriend were taken off the plane shortly after it landed, and authorities haven't said where they're being held. Ryanair Flight FR4978, which began in Athens, Greece, was eventually allowed to continue on to Vilnius, Lithuania.

U.S. President Joe Biden was briefed on the incident and National Security adviser Jake Sullivan raised the issue in his call with the secretary of the Russian Security Council, said White House press secretary Jen Psaki. She added the administration condemned what she called the “shocking act” of diverting a flight to detain a journalist.

“It constitutes a brazen affront to international peace and security by the regime. We demand an immediate international, transparent and credible investigation of this incident,” she said, adding the U.S. was in touch with NATO, the EU, the Organization for Security and Cooperation in Europe, among others about next steps.

EU leaders were particularly forceful in their condemnation of the arrest and the move against the plane, which was flying between two of the bloc’s member nations and was being operated by an airline based in Ireland, also a member.

The bloc summoned Belarus' ambassador “to condemn the inadmissible step of the Belarusian authorities” and said in a statement the arrest was yet again “another blatant attempt to silence all opposition voices in the country."

British Transport Secretary Grant Shapps said he instructed the U.K. Civil Aviation Authority “to request airlines avoid Belarusian airspace in order to keep passengers safe.” He added he was suspending the permit allowing Belavia to operate in the U.K.

Ukraine President Volodymyr Zelenskyy ordered officials to move to cut the air link with Belarus and ban Ukrainian flights via the neighbor's airspace.

The U.S. and the EU have imposed sanctions on top Belarusian officials amid months of protests, which were triggered by Lukashenko’s reelection to a sixth term in an August 2020 vote that the opposition rejected as rigged. More than 34,000 people have been arrested in Belarus since then, and thousands beaten.

The Belarusian Foreign Ministry bristled at what it described as “belligerent” EU statements, insisting Minsk acted “in full conformity with international rules.”

It ordered all Latvian diplomats out of the country after the Belarusian flag was replaced Monday with the white-and-red one used by the opposition at the world ice hockey championship in Riga, Latvia. The event was moved from Minsk amid the international outcry over the crackdown.