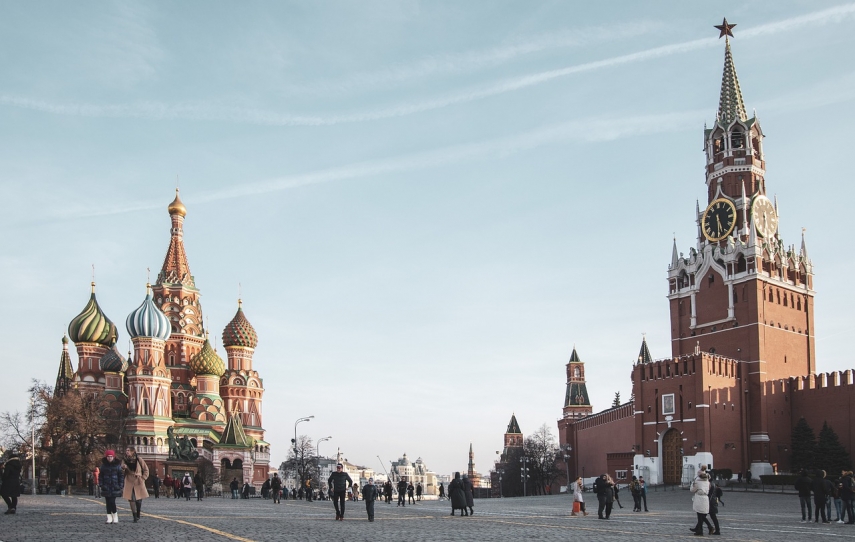 TALLINN - The Estonian Foreign Intelligence Service (EFIS) writes in its 2022 report that Russia sees COVID-19 as a strategic opportunity consigning Western foreign policy based on democratic values to the dustbin of history.

"While its people continue to suffer at the hands of the COVID-19 pandemic, Russia's self-confidence in foreign and security policy has enjoyed a 'positive' boost. Russia's leadership is increasingly confident that the social and political contradictions accompanying the pandemic will once and for all consign Western foreign policy, based on human rights and democratic values, to the dustbin of history. The world is returning to the past -- back to 'normalcy' as the Kremlin sees it -- to politics based on the interests (or spheres of interest) of great powers. Soft power will be sidelined, and military capability  along with the determination to use it will prevail. This situation favors authoritarian states whose leadership is not accountable to the free media and under no obligation to hold fair elections. The demands regarding security guarantees Russia made to NATO and the United States in December of 2021 are carried by this spirit and backed by the looming threat of military action along the Ukrainian border," the Foreign Intelligence Service said in its report.

Russia is more and more willing to test the principled resolve and unity of Western democracies, as democratic values represent both an enemy and a threat to the Russian leadership, according to the EFIS.

"Russia itself tends to suffer from a deficit of these values -- the rule of law, human rights, fair elections, free media. The fears of the Russian leadership are justified, as these principles can become  contagious if left unchecked among the population. The reason is simple enough -- unlike an actual virus, they tend to enhance citizens' quality of life and dignity significantly and are therefore attractive to  people. All authoritarian regimes are faced with this problem in one way or another and, time and time again, respond by stepping up repressive measures, the foreign policy equivalent of which is to  constantly cultivate the image of an external enemy. At times, this can amount to a hysteria of war," the report reads.

The EFIS said that consequently, Russian leadership is relieved that the repressive measures taken over the past year have effectively neutralized the population of neighboring Belarus and deprived it of its fundamental democratic rights. "This allows Alexander Lukashenko to focus on a hybrid attack against his EU neighbors while the Kremlin has his back. We will see continued hybrid attacks in 2022," it said.

The situation is different in Ukraine, according to the EFIS. In 2021, articles essentially denying Ukraine's right to sovereignty were published under the names of both Vladimir Putin and Dmitry Medvedev.

"In 2021, Russia demonstrated that it considers military pressure on neighboring countries a legitimate policy tool, as it has assembled a massive military force along the Ukrainian border. For Russia, Ukraine, with its democratically elected president and government, represents a strategic problem that it needs to address before it is too late. Against the backdrop of the pandemic, Russia is likely to sense an opportunity and prepare to raise the stakes," the report reads.

Russia sees itself as a global superpower on an equal footing with the United States and China but fears democratic countries on its borders. Institutions in such countries are less vulnerable and more difficult to influence or control. One of the national security indicators used by Russia is the extent of institutional control over its neighboring countries. For the neighbors, this inevitably implies  relinquishing some of their sovereignty, especially in foreign and security policy

In the assessment of the EFIS, Russia sees the current international situation as a strategic opportunity to impose its security demands on the West. Its primary target is Ukraine, where the threat of military escalation, backed by Russian forces already at the border, will remain real throughout 2022. Diplomatic talks with Russia also affect Estonia's security, particularly if proposals to limit NATO's posture along its eastern flank are discussed.