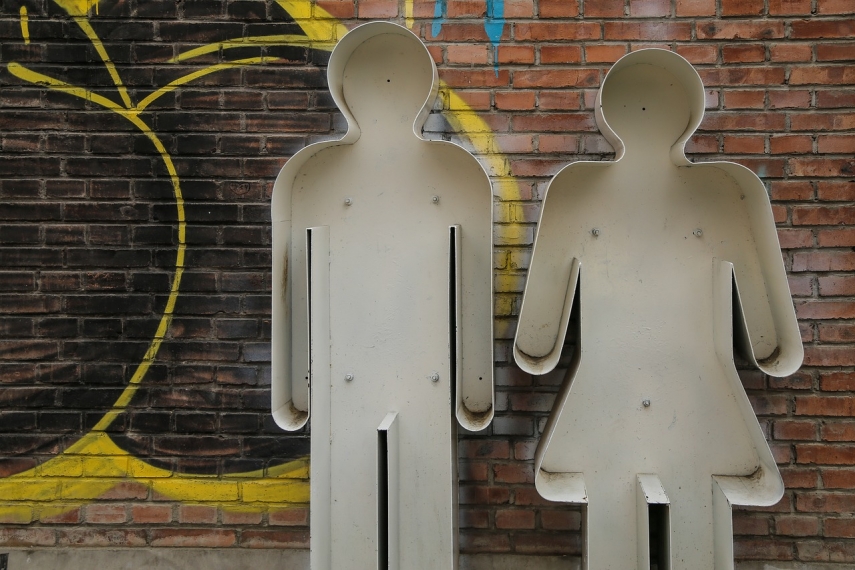 After financial and insurance activities, the next biggest pay gaps were recorded in mining and quarrying with 31.1 percent, wholesale and retail trade with 28.1 percent, manufacturing with 28 percent and human health and social work activities with 27.9 percent. The difference between the gross hourly earnings of male and female employees was the smallest in water supply; sewerage, waste management and remediation activities with 5.9 percent, transportation and storage with 5.1 percent and other service activities with 1.1 percent.

The pay gap in the public sector, that is state and municipal institutions and enterprises, and private sector, that is enterprises owned by Estonian and foreign private entities, was almost the same – 22.4 percent and 22.0 percent, respectively.

Statistics Estonia and Eurostat use different population to calculate the gender pay gap. Although Eurostat receives data from the statistical offices of the Member States, the pay gap published by Eurostat does not take into account the indicators of enterprises and institutions with fewer than 10 employees, it also excludes the earnings of employees in agriculture, forestry and fishing and in public administration and defence. According to Eurostat's calculations, the gender pay gap in Estonia is the biggest in the European Union, 25.3 percent in 2016. According to Statistics Estonia, the gender pay gap in Estonia in 2016 was 20.9 percent, taking into account all enterprises and institutions and all economic activities.