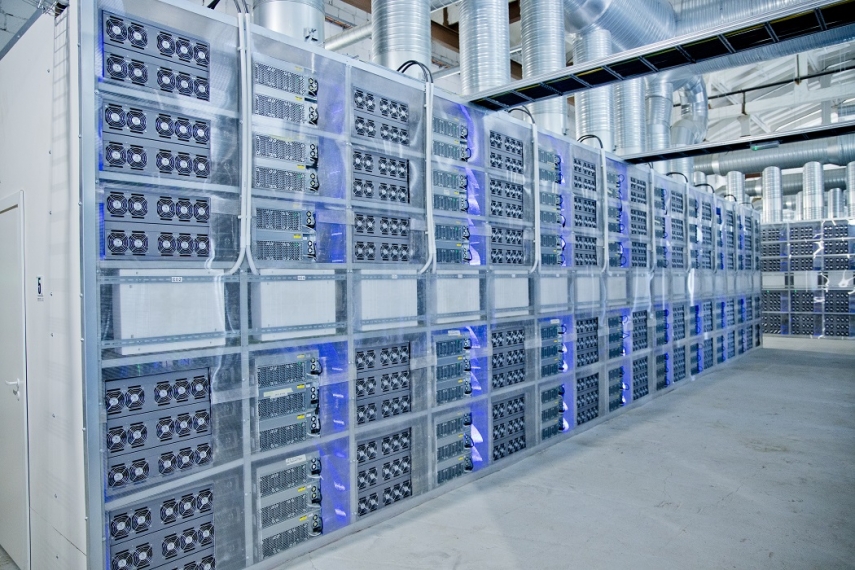 Burfa Tech, an IT company operating in Estonia mainly in the field of equipment for cryptocurrency mining, will develop the largest high-performance computing center in the Northern Europe. The facility will have the capacity of 4 MW and will be located at the Enefit Technology Park in Narva. Currently, the center that cost over EUR 10 million, is undergoing equipment tests and is scheduled to become operational in the coming months.

Mr Vitali Pavlov, the Chief Product Officer of Burfa Tech, said that this will be a new line of business for the company that is aimed at providing various cloud services on the global marketplace. The computing center will provide customers with cloud computing, graphical rendering, artificial intelligence and machine learning services.

“We came up with the idea of setting up our own high-performance computing center back in 2017. In parallel, we studied project development opportunities in Iceland, USA and Russia, as well as here in Estonia. During these preparations we started to communicate with Enefit Technology Park. Before breaking ground we prepared the project very carefully,” explained Ivan Turõgin, the member of the board of Burfa Tech OÜ. “The location of our data center will naturally give us some competitive advantages - firstly, the centre is located in the guarded territory of the Balti Power Plant that guarantees high security which is one of the basic requirements of our customers, and, secondly, we receive significant cost savings from the network fee,” he added.

According to Jaanus Rattur, member of the board of Enefit Energiatootmine, the Enefit Technology Park has been developed primarily for customers with high energy consumption in order to give companies located in the power plant's territory a significant competitive advantage by saving on network charges. ”At the same time, a major electricity consumer enables the power plant to plan its load more accurately,” said Rattur.

Companies of the Burfa Group have previously managed similar computing centers in China and Iceland as test projects, but the company is currently planning to consolidate most of its capacities in Narva. "Enefit is a very reliable partner and, compared to Iceland, Narva offers a more attractive business climate and co-operation level on the local authorities level, with competitive energy price," commented Ivan Turõgin. For Burfa Tech, key customers of the new Narva data processing center will be medium-sized multinational companies. The company’s all customers are from outside Estonia and most of the center's capacity is already covered by existing contracts.

Burfa Tech's data processing center in Narva deploys AI monitoring and remote control systems that, among others, monitor building temperature, humidity and fire safety. In addition, AI also monitors and controls electrical safety (electrical indicators, consumption, short circuits, etc.). To ensure the safety of the equipment, modern gas extinguishing and smoke extraction systems have been installed in the key premises of the computing center. The company funded the development project from own funds and the payback period is about 3 years depending on market conditions.

Burfa Tech's parent company is Burfa Capital OÜ that belongs to Ivan Turgõnin and Sergei Potapenko who are also members of the board of Burfa Tech. Burfa Tech formerly operated under the name of Hashcoins, but the company’s was changed this year as a result of the rebranding activity launched by the holding group aimed at the expansion of its business areas from the initial cryptocurrency mining and the development and sale of related technical solutions and services. At present Burfa Tech employs 33 people. The volume of the company's assets is EUR 16.4 million. The 2018 revenue amounted to EUR 17.8 million and net profit was EUR 10.6 million.