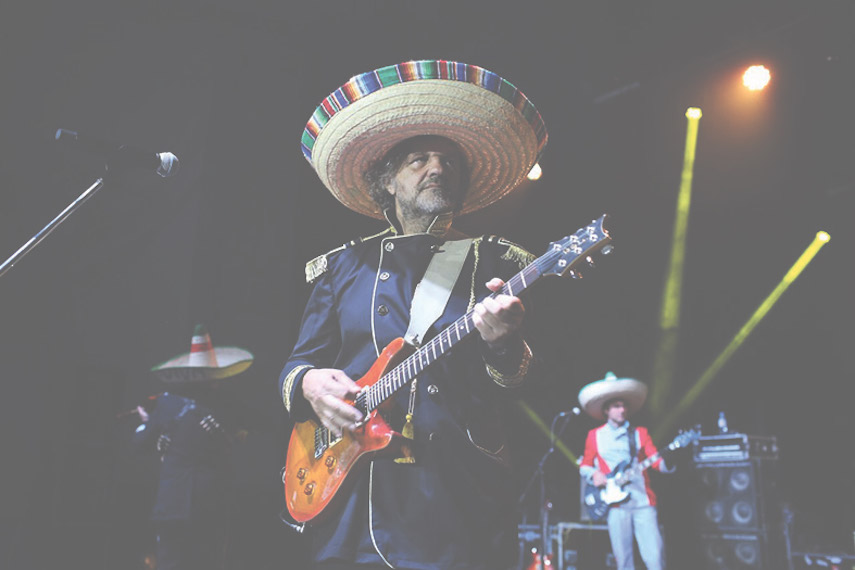 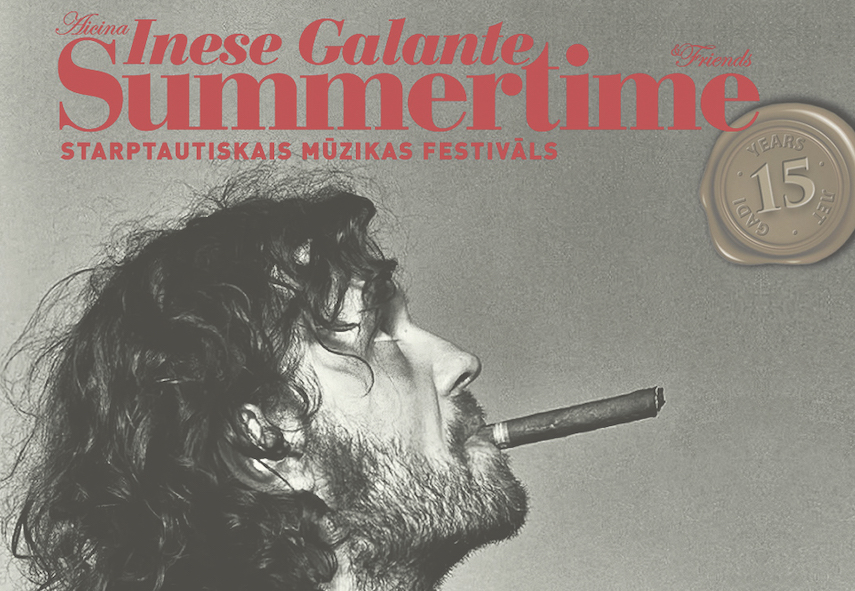 Emir Kusturica together with The No Smoking Orchestra will perform in Jurmala, on August 7, in the framework of the anniversary year’s international festival «Summertime – Inese Galante & Friends». On that evening vivid mix of rock’n’roll, Balkan punk rock, folk jazz, gypsy motives, Turkish marches and Asian melodies in the performance of legendary Serbian musician and filmmaker together with his band will rise the audience of the Dzintari Concert Hall.

Kusturica – a hero of our time who doesn't need to be introduced. His enormous talent and substandard view of the world is expressed not only in his brilliant movies which includes such masterpieces of the world cinema as “Time of the Gypsies”, “Black Cat, White Cat”, “Life is a Miracle” and other but as well in his unique and attractive music appropriate to his fiery energetic culture.

“All my actions lead to the one – a desire to belong anyone but myself and act according to my conscience. I live for my joy and I do what brings me satisfaction – cinema and music; moreover, I never stop to move forward because it is a bad manner. It is necessary to always set the bar higher, to request yourself for more and desire more. If you want something a lot, the whole world will contribute for your success,” explains the genius from the former Yugoslavia Emir Kusturica.

With a keen mix of rock’n’roll, Balkan punk rock, folk jazz, gypsy motives, Turkish marches, and Asian tunes, Kusturica delivers the cultural code of his homeland to the rest of the world. The colourful motives of the Balkans, characterized by an open-hearted mind and ability to have genuine pleasure, the love for freedom and a strong spirit, millions of Kusturica’s admirers can feel thanks to his extraordinary personality and fabulous concerts, performed together with the band The No Smoking Orchestra, where Kusturica himself plays the bass guitar and sometimes acts as a soloist.

On August 7, sparkling energy typical to the Balkan region will cover the Dzintari Concert Hall during the festival "Summertime – Inese Galante & Friends" giving its guests a load of positive emotions at the concert of Emir Kusturica and The No Smoking Orchestra.

Tickets to the festival «Summertime – Inese Galante & Friends» are available in the box offices of Biļešu Paradīze in Latvia and online on the website www.bilesuparadize.lv.

Detailed information on the festival’s programme can be found on the website www.festivalsummertime.com.