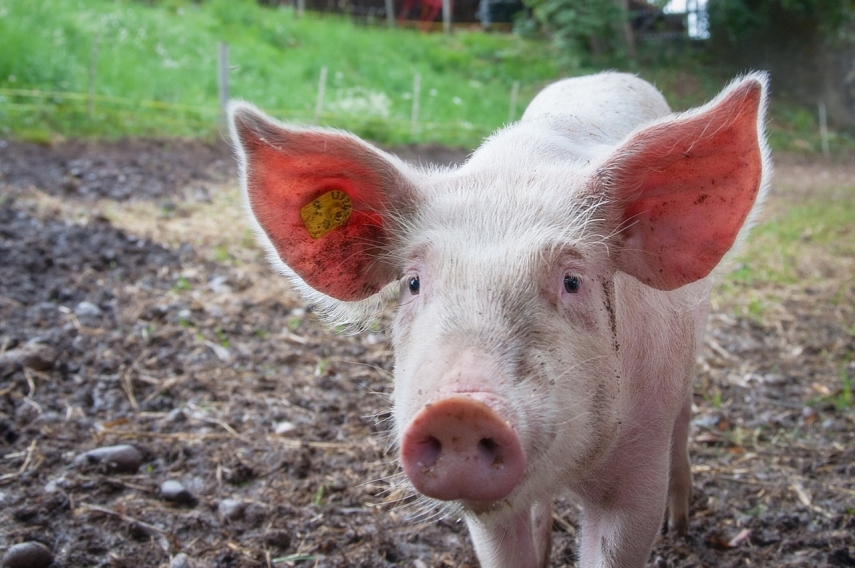 RIGA - The Latvian government today decided to declare emergency situation Krimulda region that has been affected by the latest outbreak of African swine fever (ASF) among domestic pigs, Adazi region where the pigs will be culled, and also Salaspils region where another shed belonging to the same farm is located.

The emergency situation has been set until April 17, 2017.

The Food and Veterinary Service (PVD) is the institution responsible for coordination of activities during the emergency situation. The State Police at the request of PVD has to ensure patrols on roads crossing the territory. The State Fire and Rescue Service has to ensure supervision and support in liquidation of the culled pigs.

About EUR 100,000 from contingency funds will be allocated in relation to the emergency situation.

As reported, the Food and Veterinary Service has established an outbreak of African swine fever in Rukas farm in Krimulda, central Latvia, which is the first case of ASF established in a domestic pig farm this year. A three-km quarantine zone has been set up around the farm where 5,023 pigs are kept. The source of infection is unclear for now.

The losses due to the outbreak of African swine fever (ASF) in Rukas farm in Krimulda, central Latvia, will add up to millions of euros, said Raimonds Kalvans, CEO of Ancers company which owns the farm. Because of the disease, sows, and piglets on the farm have to be killed, and, in addition to the investment in the business, a special genetic material will also be lost.

Latvia has spent EUR 13.318 million on the prevention and combating of African swine fever (ASF) since the deadly animal infection started spreading in the country three years ago.

So far this year, African swine fever has been found in 43 wild boars, but this is the first case this year the infection has been established in domestic pigs in Latvia.

In 2016, ASF was discovered among domestic pigs in three Latvian farms - one in Varkava region and two in Gulbene region - where 50, 142 and 119 pigs respectively had to be culled in order to contain the disease. Last year ASF was also found in 1,146 wild boars across Latvia.

African swine fever is an extremely dangerous and contagious virus infection affecting pigs. If an infected pig is found on a farm, all pigs in the particular farm have to be culled, which means big losses for farmers.