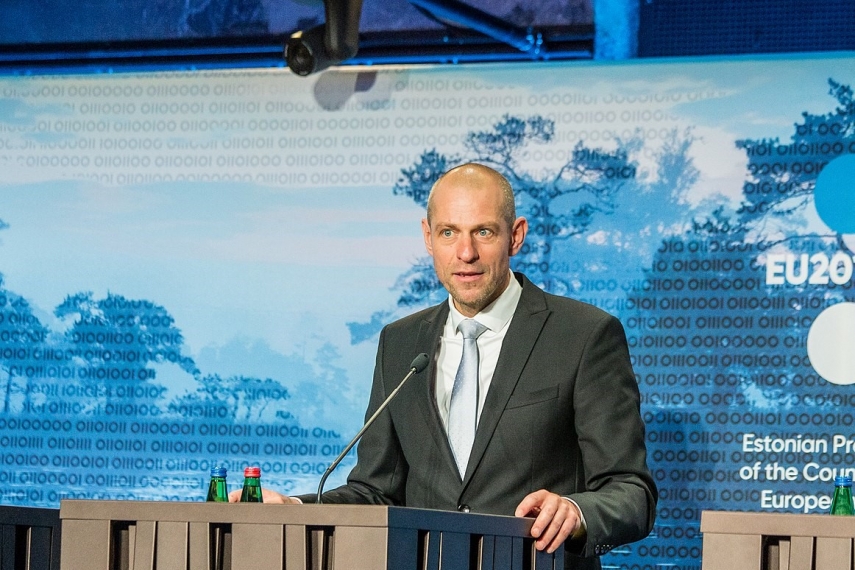 KALININGRAD-TALLINN – While Russian President Vladimir Putin said on Tuesday that withdrawal of the Baltic states from the Russian energy ring will create an additional tax burden on their citizens, CEO of Estonian transmission system operator (TSO) Elering Taavi Veskimagi said that network fees will decrease as several investments can be made with the support of the Connecting Europe Facility (CEF).

"In the recent years, we devoted a lot of attention to energy supply, energy security of the [Kaliningrad] region in general in relation to the European Union's plans of the Baltic states' withdrawal from the Russian energy ring among other things," Putin said at the ceremony of the commissioning of the Marshal Vasilevsky floating regasification terminal.

"As a matter of fact, it is their business, taxpayers' extra money will be invested in that," the Russian head of state added.

According to Veskimagi, Estonia's joining of the frequency band of Continental Europe will actually reduce network fees as a large part of investments, which we must also do when continuing to work in the Russian network, with the help of CEF.

"Thus, these expenses will not be part of the network fees of our consumers. The two existing connections with Latvia must be updated and a third new connection must be built in Estonia for the synchronization. The construction of the new connection started recently and not a cent of the money of the Estonian electricity consumer will be spent on this investment," Veskimagi said.

"Thanks to the synchronization project, the old lines starting from the Narva region and running to Latvia via Valga can be updated mainly with the help of EU money and through that, their updating will be cheaper for the electricity consumer compared with a situation in which only the Estonian electricity consumers' money will have to be used for the renovation," he said.

In the first stage of the synchronization, investments will be carried out that are necessary for strengthening the network within the states. The three Baltic TSOs in October submitted a joint application to CEF for 432 million euros, of which Estonia's share is 187.7 million euros.

"This money will foremost be spent on updating the two existing Estonia-Latvia connections. The details of the second and third round of synchronization investments will be determined later. The content of these has not been agreed upon yet," Veskimagi said.