CROWDESTOR CEO Janis Timma: “In challenge-ridden 2020 we managed to tick all targets“ 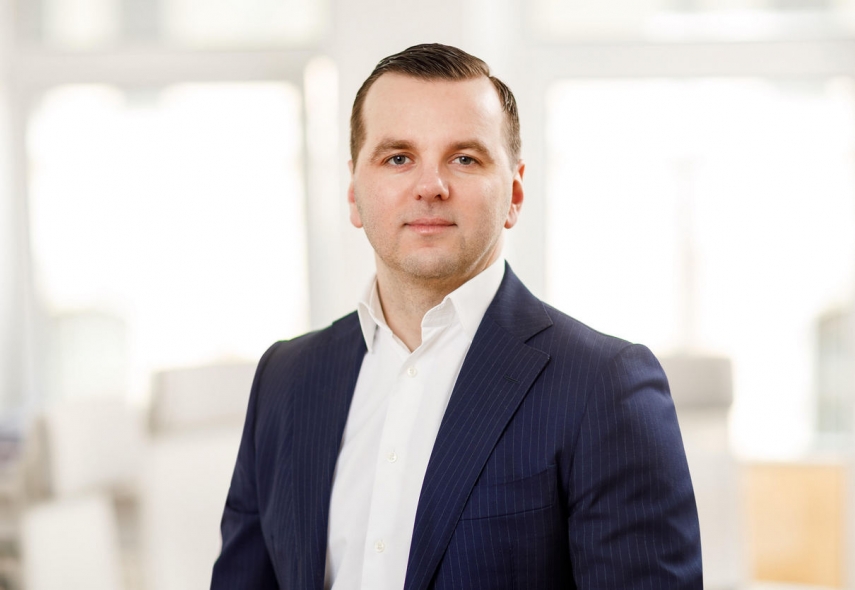 Janis Timma, a successful businessman, executive and founder of several successful enterprises in a number of industries, is particularly proud of his success with CROWDESTOR, a platform that helps businesses across Europe to obtain financing from investors around the globe. The Baltic Times Magazine talked to Janis Timma about it.

Janis, how did you come to the idea to enter the crowdfunding market? What have you managed to achieve so far?

Before founding the platform I have been in business advisory. Apart from other projects I managed, I had several, for which it was necessary to raise funds. For that I used traditional methods at first, that is banks and individual investors.

Then, crowdfunding platforms came into my sight and I decided to give it a try. The whole fundraising process took much less time and effort, which made me realise how big the potential of the industry is.

CROWDESTOR was established in late 2017. We are proud of the diverse community of close to  25000 investors around the world we have managed to attract until now. We feel privileged to be able to earn a current level of trust and investor engagement in the operations of the platform.

Worth mentioning, CROWDESTOR helped to raise more than 50 million euros funding for the businesses. Among others, the project we are delighted to have on the platform is a medical equipment delivery to Romanian hospitals. This project is a perfect combination of high return and social impact, as the equipment delivered actually helped to save people’s lives during the COVID-19 outbreak.

Other notable projects are the mobile game Dystopia and Warhunt horror movie. Both of the projects were developed by Latvian teams, and both managed to attract worldwide famous celebrities. Dystopia managed to sign Conor McGregor as the game's ambassador, whilst Warhunt has been filmed solely in Latvia in cooperation with American producers and Mickey Rourke as the major star.

It sounds fascinating! Well, it seems you have quite a community around the platform. How is it to manage such a massive and diverse investor community?

We like to think that we are in some sort of a partnership with our investors. Although the majority of our clients use crowdfunding platforms as a source of passive income, we see a very strong willingness and proactive involvement in operations of CROWDESTOR.

One of the last initiatives of ours has been to build a truly community-owned platform. With that idea in mind, we have started to change the ownership structure, by letting in new shareholders, which apart from other perks and opportunities, will give them the right to participate in board and advisory elections giving out the possibility to influence CROWDESTOR business model directly. We expect further growth of the enterprise to be accelerated due to experience and knowledge sharing among shareholders.

What else differentiates you from your competition? I did a little research before our interview and I know you have implemented a special voting functionality on the platform?

Yes, we did. The idea came organically, taking into account the willingness of investors to get involved in the decision-making process regarding the operations of CROWDESTOR as well as the role that CROWDESTOR takes within the scope of business lending. It is critical to emphasize that CROWDESTOR is the intermediary between investors and businesses. To add, hard times because of the pandemic affected most of our Borrowers. All of that combined led us to a solution that in cases related to the change of conditions of loan repayment, the intermediary should not be the one making the decision. We see the average participation rate of 90-95%, which proves this feature is well received.

CROWDESTOR's responsibility is to gather as much information as possible and present it to the investors in a timely and user-friendly manner. The voting results show the real opinion of the CROWDESTOR investor community, eliminating any bias or misconception in between. Usually, CROWDESTOR suggests the course of the future of the project to its investors based on its own due diligence, communication with the borrower and experience. However, the final decision is given out to investors.

We also offer some of the highest interest rates on the market. Needless to say, the interest rate always reflects the risk of the project with an explicit positive correlation. CROWDESTOR positions itself on the crowdfunding market as a high risk - high return platform.

Of course, we strongly advise investors to take time and study the details of the projects before investing. This is why we provide detailed project descriptions and enough data to make an educated decision.

The other side of the deal is the borrowers, obviously. They, in turn, are ready to take loans from private investors via our platform because of a serious shortage of alternative financing sources. Banks are too regulated, thus too slow and risk averse. Some of our Borrowers are interested in the diverse investor community that we can offer.

Another unique feature of the platform is the so-called "Success fees" for some projects. Success fees are cash bonuses offered to certain project investors in case of the project’s financial success. In most cases, a success fee is calculated by multiplying the project’s total turnover by a predefined success rate, which depends on the amount of funding raised on CROWDESTOR.

The year 2020 proved to be difficult for many businesses. What is your take on it?

Yes, CROWDESTOR experienced the same problems at the beginning of the year. The amount of funds kept within the platform has been diminishing. The borrowers took the hardest hit as some of the industries like hospitality, dining, and retail were effectively shut down and had to stop operations entirely. This resulted in a number of project delays, however, the situation is getting healthier every day.

Although 2020 proved to be a challenge, CROWDESTOR managed to surpass 100% of its targets for the previous year, including but not limited to the number of new investors, funded projects and funded volume.

The cumulative portfolio has grown by 58% year-to-year in comparison to the year 2019. Investors have funded 21.9 mln EUR worth projects and received 11.6 mln EUR, 3 mln EUR (26%) of which being interest repayments and 8.4 mln EUR (73%) of principal. The return for the investor on average has been around 20%.

In 2020, CROWDESTOR advanced technologically by the release of the secondary market, investor dashboard, voting functionality, and a new website design. The Loan management system is still in the development stage and will be released soon.

From a legal perspective we have developed a number of procedures, including but not limited to debt collection, restructuring of non-performing loans, data protection, credit policy, etc. necessary to satisfy the needs and wishes of our investors and complying with the EU crowdfunding regulation.

From a communication perspective, we have established the CROWDESTOR Club that we will certainly develop further, uniting clients that trust us the most and rewarding the members with a number of additional, though relatively minor, perks and bonuses. We have started and continue to work on a timely and standardised communication with the investors, keeping investors informed about the relevant happenings around the projects they have invested in via the update section in the investor's cabinet. In addition to that, statistics on late projects as detailed as one can get has been made publicly available to increase transparency of the platform.

When you look at the P2P market as a whole, how do you see its further development? Do you expect more platforms to be founded or, conversely, market consolidation?

The current P2P market size is estimated at 13.9 billion USD and it is expected to triple by the year 2026. We are waiting for the regulation to come into force in November Year 2021. This will engender trust among investors in relation to the crowdfunding industry that will grow organically because of strengthened investor protection. We are looking forward to the regulation and the new opportunities it will create for the industry.