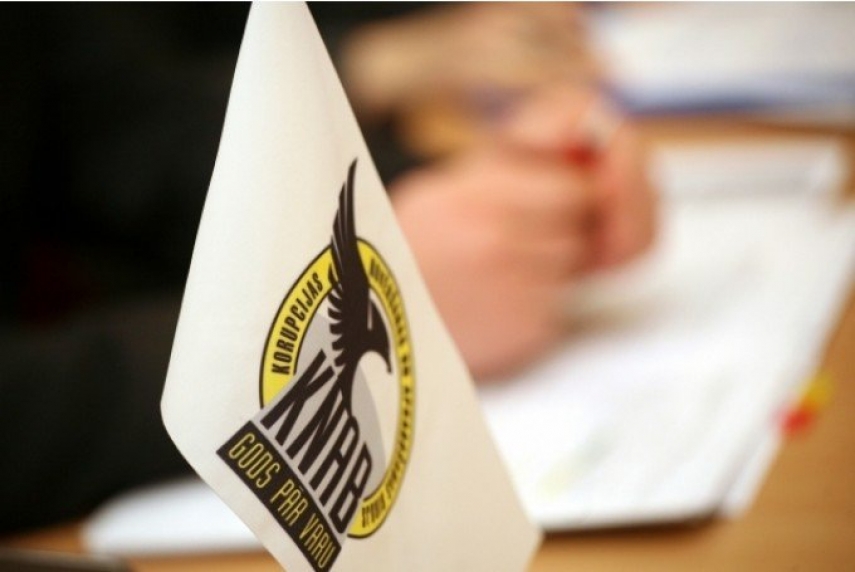 RIGA - Masked operatives of the Corruption Prevention Bureau (KNAB), who raided the offices of the Riga Tourism Development Bureau (RTAB) this morning, left the premises taking RTAB board member Vita Jermolovica with them, LETA observed.

Jermolovica, escorted by several KNAB officers, was driven away in a KNAB vehicle. The KNAB officers exited the RTAB office carrying a black bag.

As LETA has learned, Jermolovica has been officially detained. Under the Latvian law, a person can be held for 48 hours. After that a court has to decide on imposing a measure of restriction if needed.

Another RTAB board member Guntars Grinvalds is still at the RTAB office.

As reported, KNAB officers this morning raided the Riga City Hall and the Riga Tourism Development Bureau (RTAB) as part of a criminal probe started against RTAB officials for embezzlement of budget funds, counterfeiting of documents and use of counterfeit documents, as well as fraud.

KNAB informed that as a result of a long and painstaking investigative work, a criminal procedure was started on April 5 against several RTAB officials for over embezzlement of budget funds, counterfeiting of documents and use of counterfeit documents, as well as fraud.

KNAB has been working closely with the State Audit Office to obtain the necessary information. Simultaneous investigative activities were carried out also in Germany, Sweden and Spain on Monday.

The RTAB board includes Guntars Grinvalds, Vita Jermolovica and Riga City Council member Maksims Tolstojs (Harmony). In 2018, the foundation turned over EUR 6.17 million and made a EUR 606,973 profit.

As reported, the State Audit Office has concluded that over the past three years the local authority of Riga has misspent over EUR 20 million worth of taxpayers’ money through municipal foundations – RTAB and Riga.lv.

The state auditors came to the conclusion that the municipal foundations have been receiving generous budget allocations without any grounds, spending the funding on dubious donation schemes, obscure branding activities, as well as salaries for possibly fictitious employees. The municipal foundations were also unable to explain the principles based on which they have been allocating money to various projects.

The audit has found serious flaws in the planning, allocation and oversight of the funding granted to the municipal foundations, which has led to the conclusion that over the past three years the capital city’s local authority has misspent more than EUR 20 worth of Riga residents’ money.