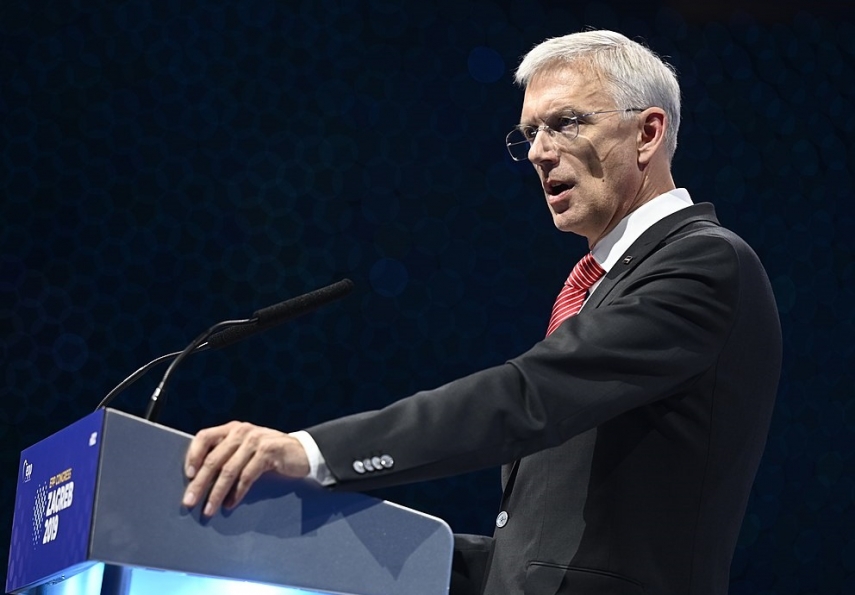 RIGA - In the European Union's next multiannual budget, cohesion funding for Latvia could shrink by 22 percent or EUR 1 billion, Prime Minister Krisjanis Karins (New Unity) said at a meeting of the National Trilateral Cooperation Council on Tuesday.

The government and social partners heard the Cross-Sectoral Coordination Center's report on work on the National Development Plan until 2027, and trade unions voiced concerns about the development plan's funding and support for several individual sectors such as education, science and transit.

Karins pointed out that the 2027 National Development Plan was a plan that Latvia was writing for itself. At the same time, the financing of the development plan will be linked to the next multiannual EU budget, which is currently being structured but some of its principles have already been outlined.

According to Karins, EU funding for implementation of the cohesion policy in Latvia is currently expected to shrink by 22 percent or about EUR 1 billion, as compared to the current EU multiannual budget. The final decision on the next EU budget has not yet been taken though.

There are several reasons for the decrease in funding, explained Karins. First, Great Britain's withdrawal from the EU, second, Latvia's economy continues to grow and the country no longer qualifies as the poorest EU economy, third, the total EU funding for cohesion and agriculture will decrease.

"The next EU multiannual budget is set to reduce funding for cohesion and agriculture, while funding for other areas will be doubled. We need to understand that we have been developing successfully, we are not so poor anymore. We have to think about ways to improve our competitiveness. The 2027 National Development Plan demonstrates that we have to change our habits, that we have to switch to a new reality," said Karins.