Coalition with Harmony impossible, but otherwise Riga City Council’s National Alliance group is free to take its own decisions - Dzintars 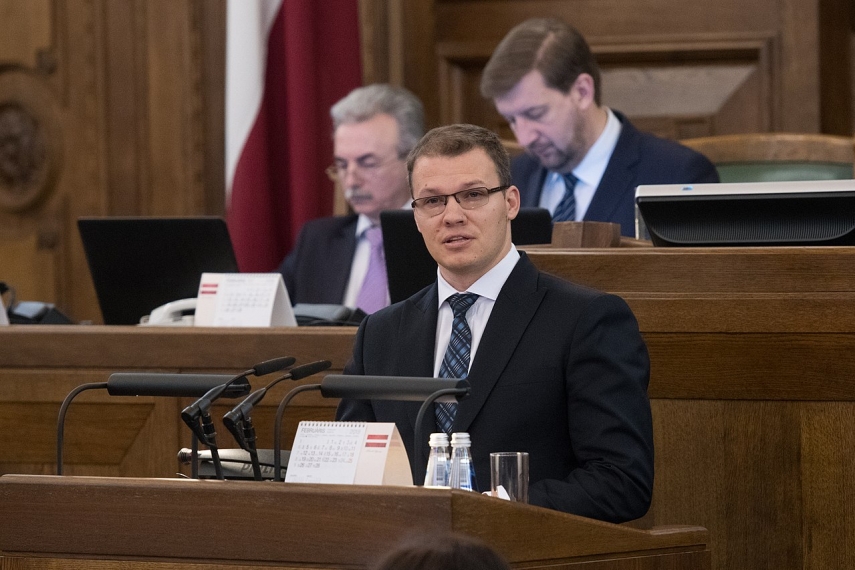 RIGA - The National Alliance group cannot form a coalition with Harmony on the Riga City Council, but otherwise the group is free to take its own decisions, National Alliance chairman Raivis Dzintars told LETA.

The politician said that as far as all other possible options are concerned, the city council’s National Alliance group is best positioned to assess all pros and cons.

Dzintars said he personally wanted a new coalition without Harmony to be formed in Riga as soon as possible. However, politicians from the “old coalition” can still agree on a new partnership again, Dzintars said.

Meanwhile, the opposition has been left with 25 councilors – for from Unity, six from the National Alliance, seven from the New Conservative Party (JKP) and eight of For Development of Latvia.

Earlier this month, Dainis Turlais was deposed as Riga mayor.