Central Election Commission being reproached for job well done, which is not good signal to those working in public administration - Cimdars 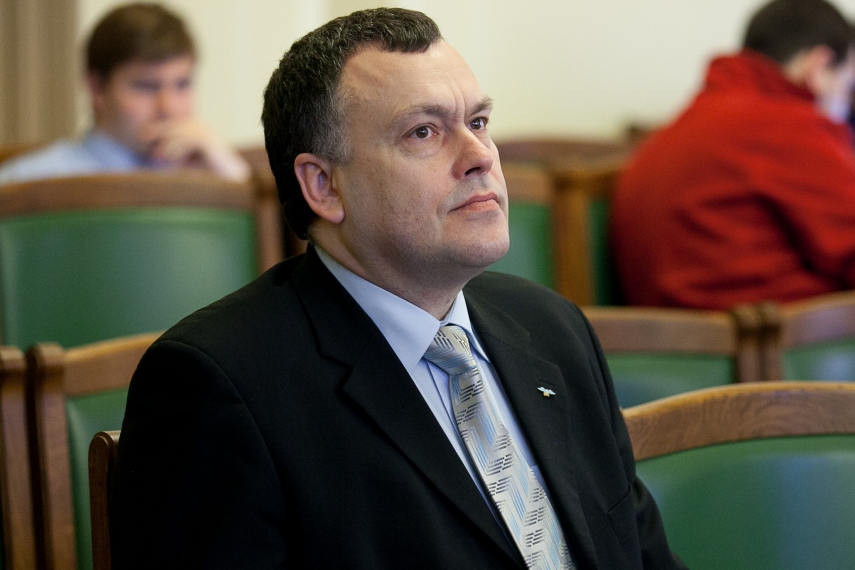 RIGA - The Central Election Commission and its long-time chairman Arnis Cimdars are being reproached for a job well done, which is not a good signal to those working in public administration, as Cimdars said in an interview with LNT television this morning.

"This is not a good signal to those working in public administration, and such comments by politicians make me think about various conspiracy theories, and one of the craziest ones is that all of this is not happening in Latvia's interests," added Cimdars.

Cimdars is not going to give up and will address Saeima, asking that he be nominated for another term in office. "I hope that I will be able to meet with all Saeima groups this week to inform them about what has been achieved and about the Election Commission's future plans," he said.

As reported, the government coalition will discuss replacing the Election Commission's chairman at its next meeting this week.

For Development/For said last week that it would propose picking a nonpolitical professional as the next head of the Election Commission. The party said that Cimdars had been working as the commission's head for 21 years, and the election authority should look for new approaches.

Several political parties have not yet said which candidate they will support. According to unofficial information, National Alliance could nominate the Election Commission's secretary Ritvars Eglajs for chairman. In the meantime, Ainars Latkovskis, head of New Unity's Saeima group, said that the party would not nominate any candidates for the post but was prepared to discuss other candidates nominated by the coalition parties.

New Conservative Party said that it would not support appointing Cimdars the Election Commission's chairman for one more term. The party has not yet decided whether it will nominate a candidate.

KPV LV has not yet decided whether it will put forward a candidate or support some of the candidates nominated by other parties. KPV LV Saeima group's chairman Atis Zakatistovs said that his party would like to interview all the candidates, including Cimdars.

Harmony's Saeima group chairman Janis Urbanovics said that Harmony would not nominate a candidate for the Election Commission's chairman as he or she would not be supported by a Saeima majority. The Union of Greens and Farmers has not yet considered its candidate for the post, said Greens/Farmers board chairman Armands Krauze.

Cimdars said last week he believes that replacing him ahead of the forthcoming European Parliament elections would be like switching horses mid-race. In an interview to Latvian Television Cimdars said that it was impossible for him to slow down in this situation because the time left to the elections is very short and he has to work at full capacity now. Cimdars could not say exactly how the replacing of the Central Election Commission chairman could affect the process of the European Parliament elections but voiced hope that it will not leave a serious impact. Cimdars also said he had reasons to expect the selection of the new Central Election Commission to be fair and transparent.