Briedis, Jonevs, Rinkevics the leading contenders for Latvia's European Person of the Year 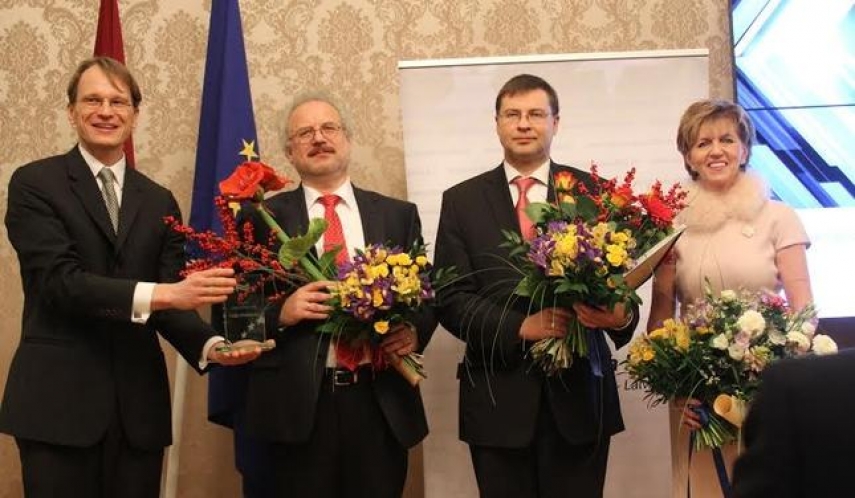 So far, the leading candidates for the title of European Person of the Year (Latvia) are the boxer Mairis Briedis, the writer Janis Jonevs, and the politician Edgars Rinkevics, according to Liene Valdmane from the European Movement in Latvia.

These three candidates have received the most votes in an online poll that will continue until December 15.

All three have been in the news recently: Briedis is currently the IBA cruiserweight champion of the world, after defeating Belgium's Ismail Abdoul last month; Jonevs recently won the European Union Prize for Literature for his 2013 novel Jelgava '94; and Rinkevics is Latvia's current Foreign Minister, and made headlines last month when he announced that he was gay, the first prominent Baltic politician to do so.

The winner will be honored in a ceremony on December 19. The 2013 European Person of the Year, Valdis Dombrovskis, the vice-president of the European Commission and former prime minister of Latvia,  will also be present to congratulate the winners.

The title of European Person of the Year is presented annually to the person whose contribution to Latvia and Europe has been the greatest during the year.