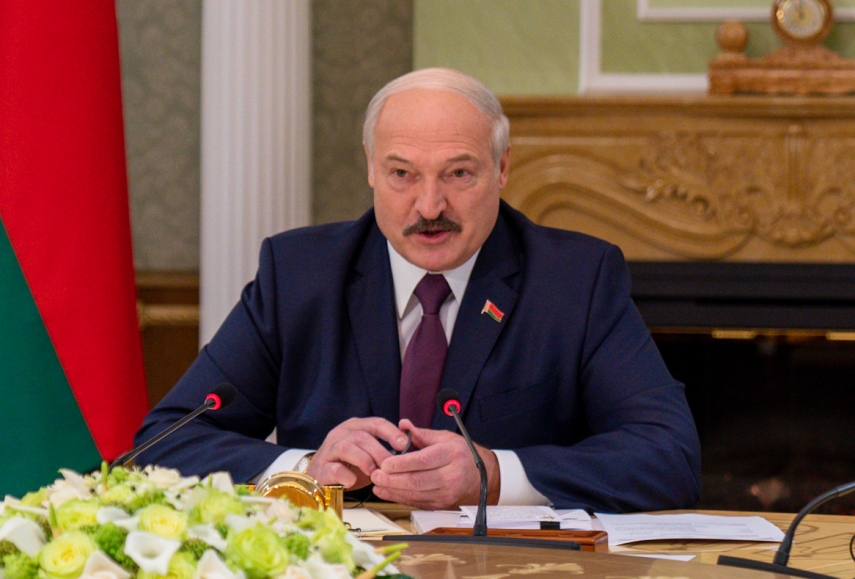 MINSK - Belarus, in expelling diplomats and employees of the Latvian Embassy in Minsk, acted as a sovereign state should do, said Alexander Lukashenko, the authoritarian leader of Belarus.

"In the situation regarding the Latvian Embassy, which was expelled in its entirety, Belarus acted as a sovereign nation-state is entitled to," Lukashenko said in a meeting with members of parliament, Constitutional Commission and government.

As reported, Latvian Ambassador to Belarus Einars Semanis on Monday was summoned to the Belarusian Foreign Ministry where he was told that he and other diplomats working at the Latvian embassy in Minsk have to leave the country, LETA was told at the Foreign Ministry.

Ambassador Semanis was given 24 hours and the other Latvian diplomats 48 hours to leave Belarus. The embassy is left with one administrative employee.

Responding to Belarus' decision, the Latvian Foreign Ministry summoned Belarus' charge d' affaires to inform that Belarusian diplomats are being expelled until relations between the two countries are normalized.

As LETA reported, Belarus' historical white-red-white flag was on Monday flown alongside the national flags of other nations participating in the Ice Hockey World Championship in Riga.

Stakis said that the gesture was Riga City Council's initiative, backed by Belarus' opposition and intended to express support for the people who are suffering under the regime of Belarusian authoritarian leader Alexander Lukashenko.

As the Latvian foreign minister told LETA, by replacing Belarus' official flag with the historical white-red-white flag Latvia shows that it cannot and will not support the Belarusian authorities' crackdown on opposition activists.

He also noted that the hijacking of the Ryanair flight and capture of Roman Protasevich and his girlfriend was a violation of international law and that such operations posed threats to civilian air traffic, passengers and Protasevich, who had found refuge in a foreign country from reprisals in Belarus.