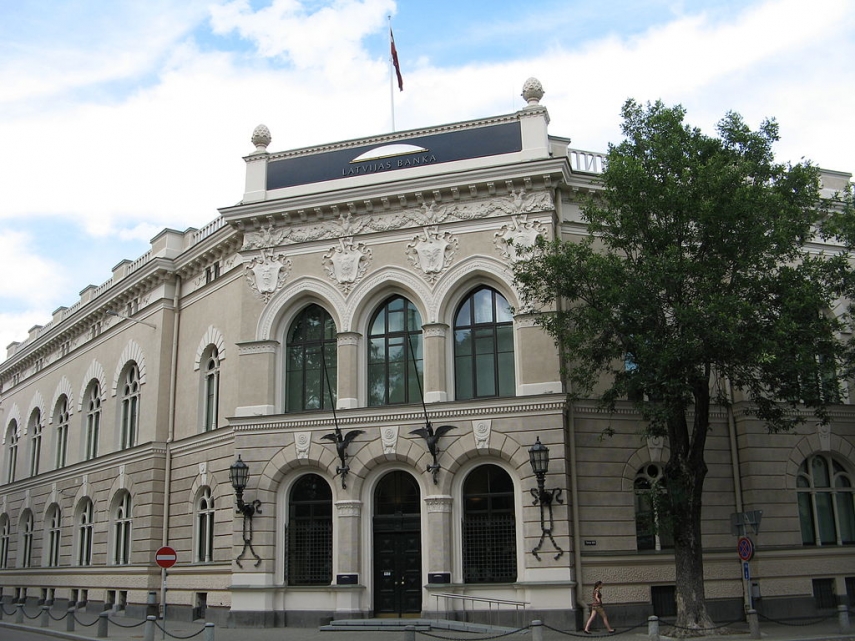 RIGA - The Bank of Latvia has revised its forecast for Latvia's gross domestic product (GDP) growth this year to 3.9 percent from the previous estimate of 4.1 percent, the central bank said in its latest Macroeconomic Development Report.

The GDP growth forecast for 2019 has also been revised downwards from 3.2 percent to 3 percent.

The GDP growth forecast for 2018 has been adjusted downwards to reflect somewhat stronger than previously expected decline in Latvia's financial sector activity and the decreasing optimism in the external environment, partly offset by the solid performance of Latvia's economy reported in the first quarter, the Bank of Latvia said.

The solid growth observed in 2017 continued in the first quarter of 2018. It was supported by private investment and more active absorption of the European Union funds, as well as robustly growing household real income and further favorable impact from the major foreign trade partners.

"Annual growth in 2018, however, is expected to be slightly lower than in the previous year. The beginning of the year was marked by declining optimism in the external environment as well as heightening geopolitical risks. Additional obstacles to higher growth also emerged in the domestic environment, in relation to the developments in the financial sector. While there was a continuous decline of business activities related to servicing foreign clients in 2017, the decline is likely to accelerate in 2018 as a result of the stepped up efforts to eliminating business with risky customers and de-risking of the financial sector. Moreover, several sectors are facing supply side constraints and insufficient investment in production capacity could become a growth-dampening factor," the Latvian central bank said.