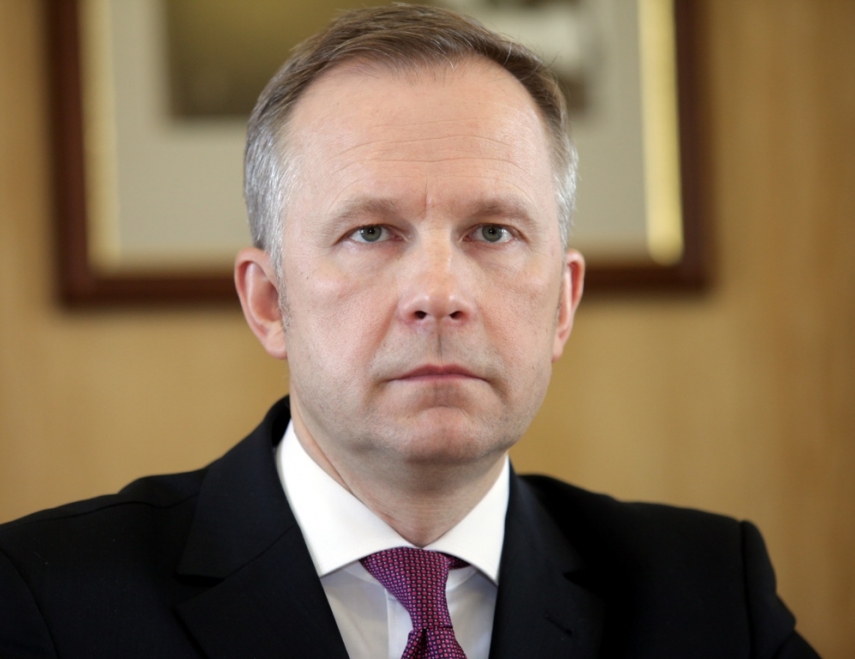 RIGA - Bank of Latvia Governor Ilmars Rimsevics, whom the Corruption Prevention Bureau (KNAB) has declared a suspect in a major corruption case, said at a news conference on Tuesday that death threats had been made to him.

He also said that last Friday ABLV Bank had asked the Bank of Latvia for liquidity aid in the amount of EUR 1 billion which the central bank would not provide. Searches at the Bank of Latvia began in three hours after the refusal.

"The searches began after we made the decision not to grant the loan," the head of the central bank said.

"It is obvious that step by step I have become inconvenient for many in Latvia. I have received death threats - more precisely, threats to shoot me, and have reported those threats to the law enforcement agencies," Rimsevics said.

Answering the questions from the press, he said he had received a text message to his mobile phone in late January from a certain person whose name he would not disclose to the reporters but said he had informed the law enforcement agencies.

As reported, Bank of Latvia Governor Ilmars Rimsevics is suspected of demanding and receiving a huge bribe - at least EUR 100,000. The KNAB detained Rimsevics last weekend but he was released on Monday against the bail of EUR 100,000.

The KNAB said the criminal case opened on February 15 was not related to any of the credit institutions currently operating in Latvia - neither ABLV Bank accused of involvement in money laundering and corruption by the Financial Crimes Enforcement Network (FinCEN) of the U.S. Department of Treasury nor Norvik Banka and its potential litigation with the Latvian state.