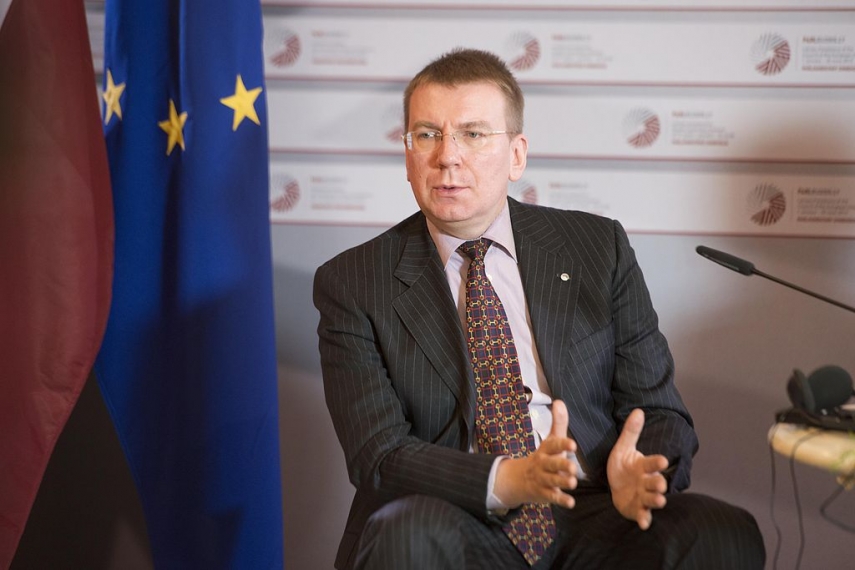 RIGA, Nov 29 (LETA) - At the summit of the Friend of Cohesion group in the Slovakian capital Bratislava, Baltic countries, along with 11 other European Union (EU) member states, took a stand against reduced funding for cohesion and direct payments during the EU's next budgetary period, LETA was told at the Foreign Ministry.

While participating in the summit, Latvian Foreign Minister Edgars Rinkevics (New Unity) underlined the need for the upward convergence in prosperity between member states.

“Since their accession to the EU, our countries have reaped large benefits from cohesion policy. Latvia has used the funding wisely, by investing in projects and programmes vital for its development. We believe that cohesion policy should remain among key priorities in the EU Multiannual Budget Framework. In view of this, the proposal from the European Commission to reduce funding for cohesion policy is unacceptable to Latvia," the Latvian minister noted.

There is still enough time to find the right balance between funding for the new policies and closing the gap in prosperity that exists between member states, Rinkevics said.

He also spoke about the need for continued investments in the infrastructure connectivity projects and underlined the importance of Rail Baltica for the development of the Baltic region.

The event brought together representatives from Bulgaria, Croatia, Cyprus, the Czech Republic, Estonia, Greece, Hungary, Italy, Latvia, Lithuania, Malta, Portugal, Romania, Slovakia, and Slovenia, as well as the European Commission and the European Bank of Investments.