Baltic Sea Philharmonic and Kristjan Järvi to perform in Palanga, Riga and Tallinn from 11 to 16 March 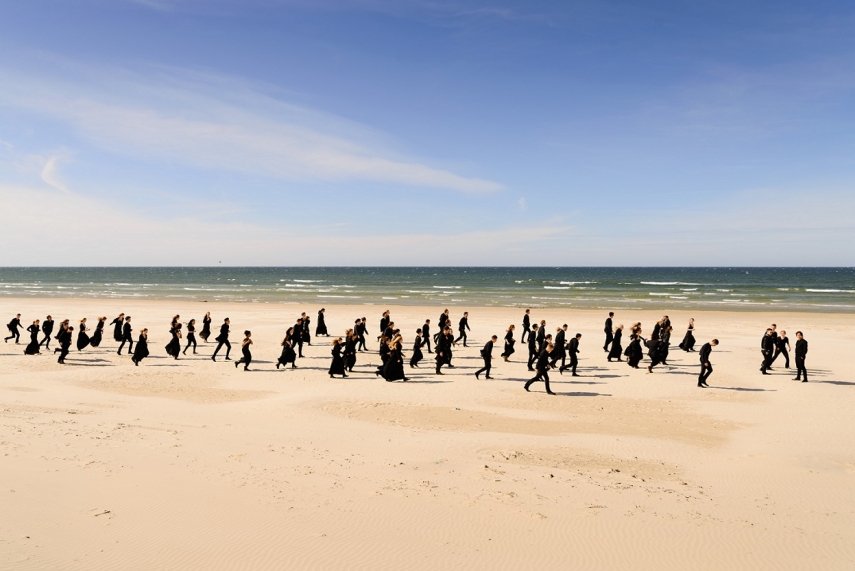 ‘The Baltic Sea is the engine of the whole Nordic region and must be cherished and protected,’ says Kristjan Järvi with a view to the upcoming ‘Nordic Pulse’ tour of the Baltic Sea Philharmonic, the orchestra he has been leading since 2008. Nature inspires the tour, which starts with a concert at the Palanga Concert Hall in Lithuania on 11 March, the Lithuanian Restoration of Independence Day. Under its Estonian-born conductor Kristjan Järvi, the orchestra, which comprises leading young musicians from ten Nordic countries, will perform music by Pēteris Vasks, Gediminas Gelgotas, Kristjan Järvi and Tchaikovsky. The tour will continue with performances at the Great Guild Hall in Riga on 12 March and the Estonia Concert Hall in Tallinn on 16 March, before moving on to Helsinki and St. Petersburg.

‘Nordic Pulse’ is the start of a new chapter in the Baltic Sea Philharmonic story, for in 2019 the orchestra, which gave its first ever concert on 4 June 2008 at Riga’s Great Guild Hall, begins its second decade of international touring. Characteristically innovative in its programming, the orchestra continues to present the best in new and contemporary music from the Baltic Sea region along with inspirational reinterpretations of classic works. So here, in ‘Nordic Pulse’, a cutting-edge violin concerto from 2018 by young Lithuanian composer Gediminas Gelgotas shares the programme with a concert suite, newly arranged by Kristjan Järvi, from
Tchaikovsky’s great ballet The Sleeping Beauty. In a striking demonstration of its innovative streak, the orchestra will play the Tchaikovsky entirely by heart – performing from memory having become a trademark of the ensemble over the last two years.

Ever since its inception in 2008, the Baltic Sea Philharmonic has always been committed to nature and the environment, especially the Baltic Sea itself. ‘It’s what gives us all the necessities of life. It’s why people settled around here, and it also connects us to all the other waters of the world’, Kristjan Järvi adds. Nature inspires the music of ‘Nordic Pulse’ and the theme of reawakening, of new life, runs through the whole programme – from the radiant, spring light of Kristjan Järvi’s Aurora to the fairytale magic of Tchaikovsky’s The Sleeping Beauty, with its Princess Aurora awakened by a kiss.

Joining the orchestra for Aurora will be Swiss violinist David Nebel, who is also the soloist in Pēteris Vasks’s meditative second violin concerto Vientuļais Eņģelis (Lonely Angel) and Gediminas Gelgotas’s Violin Concerto, a piece that he premiered in July 2018 in Bad Kissingen, Germany, with the Baltic Sea Philharmonic and Kristjan Järvi. The orchestra will also be joined for the opening of each concert by Estonian singer-songwriter Mick Pedaja, whose ambient, flowing, electronic-enriched music is strongly inspired by landscape and nature. He will perform songs from his 2016 album Hingake/Breathe, and his latest album Avaimus, which was
released in December 2018.