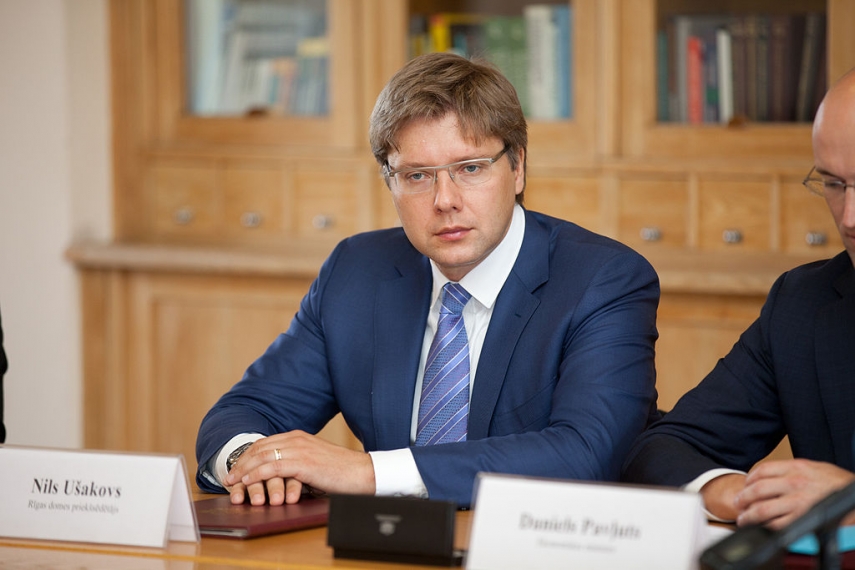 RIGA - At least EUR 8 million of municipal money has been spent over three years to boost popularity of Riga Mayor Nils Usakovs (Harmony), according to the Baltic Center for Investigative Journalism Re:Baltica.

The money was used to pay the mass media, to give jobs to young Harmony activists, to hire "career demonstrators" and to create publicity in the social networking sites, Re:Baltica said.

Of the said amount, EUR 4 million ended up at riga.lv municipal portal, EUR 1.5 million at the PR Department of the Riga City Council, EUR 1 million at Mediaservice company while EUR 0.7 million were spent on placing information in the mass media and another EUR 0.7 million went to Ghetto Games organization promoting street sport and street culture.

Re:Baltica said that the mechanism for generating positive publicity for Usakovs comprised three major components: advertising contracts with the commercial mass media to publish "the Riga news", a network of loyal activists ready to hold demonstrations whenever a show of public support is needed, and a vast representation in social networking sites to shape the public opinion and criticize the opposition.

The largest amounts of money were channeled into riga.lv founded five years ago to publish a municipal newspaper. By now it has grown into an Internet portal with the editorial staff of 16 people plus 18 free-lance authors. Allocations to riga.lv have increased from EUR 322,000 in its first year to at least EUR 3 million last year. Re:Baltica has discovered that several of riga.lv employees are young activists of Usakovs' Harmony party.

Around 100 posts were published in Usakovs' Facebook profile in January this year, and at least 25 of them were the materials produced by riga.lv, Re:Baltica said.

Re:Baltica also established that nearly one-third of citizens participating in Usakovs' online question and answer sessions in the social networking sites either do not exist or are related to the Harmony party. For example, profiles of some Rigans, who had posted complimentary questions to Usakovs, were created only recently, contained false employment information and pictures that appear as the profile photos in a number of other profiles under different names allegedly belonging to people in Ukraine and Russia.