As Mother Nature gets angrier, it is the youth who will need to placate it 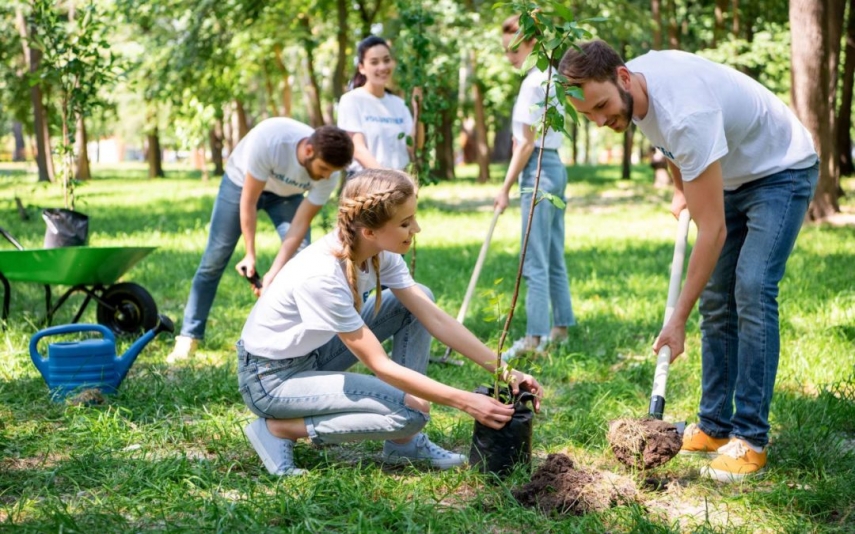 Undoubtedly, environmental consciousness has increased tangibly lately, as new, Mother Nature-friendly policies by states got under many people’s skin – naturally or with some lashing by the whip. Yet the real change will come when good and proper treatment of nature will be encoded, literally, into the genes of young generations. What needs to be done to boost environmental education, especially for the youth, in the Baltics first of all, to get the message on the urgency out?

“High profile issues, like plastic pollution and oil pollution, both being very visible, are brought to the attention of young people through influencers, social media and activists. However, lower profile ones which people have more control over also add up to be of significant impact,” says Shana Gavron, CEO of Endangered Wildlife OU, a ground-breaking Tech4Good Estonian fintech company specialising in the valuation of biodiversity.

“For example, the impact of shower length, gaming time and video calls, should all be part of environmental education. Do you know how much CO2 is released by being on a video call for an hour? This is where the education should occur, which is not currently sufficiently addressed because teachers are not being educated in environmental assessment,” says Shana Gavron.

In her words, it is Finland that has a more holistic approach in environmental education.

Endangered Wildlife has recently created a Personal Environmental Footprint Calculator app at a very low cost, which demonstrates numerically and with a heatmap exactly where young people are having an individual positive or negative impact in different categories of the environment.

“Sometimes the results can be quite surprising!” says Shana, adding she trusts the good judgement of the youth on all causes of nature.

Janis Matulis, Chairman of the Board of Latvijas Zaļā kustība (Latvian Green Movement), says that some simple catchy things, like public clean-ups, competitions and different game modules in social media can work the magic in jacking up the traction of environmental education, especially for young people.

“Telling and teaching about the hottest environmental problems around, starting from climate, globally and locally, talking about the Baltic Sea pollution can contribute to the cause significantly,” he said.

“Then we have produced a Spatial Planning Game for students – ‘If I were a Decision Maker’. We arrange regular clean ups along the coast and also pine tree plantings in some areas of the dunes,” Matulis said.

Do you wonder where Latvia is a step forward and where it lags on environmental issues among its closest neighbours?

“I think we are rather good in nature-tourism, green accessible Infrastructure along the Baltic coast, but we are behind our neighbours in the deposit system, which we just started with a 10-year delay. Thus, the recycling and waste issues were politicized too much and big business was a strong lobbyist against the deposit-recycling system,” Matulis emphasised.

In his view, it is Sweden and Finland, or Nordic countries in general, that have reached high environmental education standards in their societies.

“They educate their children starting from a very young age with a lot of nature protection and environmental elements and tools in their schools. They teach Nature,” he said.

Accosted by the question on raising environmental awareness among the youth, Kai Klain, Member of the Management Board and Environmental Expert at the Baltic Environmental Forum (BEF) and her colleagues, Sandra Oisalu and Merle Kuris came up with the answer: “Environmental education has to be merged into everyday activities and needs to involve speaking to the younger generation, including everyday examples and showing benefits and their responsibilities.”

“Fundamentally, it is crucial to change behaviour – we know what we should do but why are we not doing it?” Kai Klain emphasised.

And how does Estonia measure up against its closest neighbours on environmental issues?

“In Estonia, waste sorting is quite advanced. In schools, the systems are in place, too, however, not in all. One-way packaging is still a problem. There are solutions around, but they are not yet fully developed due to the price, comfort of use and et cetera,” Klain noted.

The BEF representative does not have to look for good examples far and touts Negavatt, an Estonian competition for green ideas for young people aged 18-30, putting up for grabs the main prize – 10,000 euros for implementing your own green idea!

Hey, young Estonians, give it a shot!

“It works great with young people and on their ideas aiming at environmental issues. Also, student enterprises in Estonia pay a lot of attention to sustainability issues. So we see that in Estonia we have problems in that regard, but are also quite well developed,” Kai Klain said.

Dovydas Petrosius, an environmental activist in Palanga, the gem Baltic resort of Lithuania, says the future of Mother Nature is hinged on the three-syllable word – education.

“The word characterises the youth’s actual need to engage in environmental consciousness, as we, unfortunately, are seeing the warming oceans, the rising levels of oceans and seas, a substantial decrease in snow and ice quantities, also deforestation. In a nutshell, our planet Earth is on the brink of a catastrophe and we all have to work hard to save it for future generations,” Petrosius said.

He believes the youth ought to be in the epicentre of activities tasked to stave off the precarious omnipresent processes.

“Environmental education of youth should be the core of the prevention of all environmental problems. To make the world a better place ecologically, the youth needs stand up and get expertly and deeply connected with nature,” he said.

“Nowadays, environmental sustainability should be engrained in everyone, yet we still tend to often push it to the margins of our agendas,” Petrosius said.

He believes the Scandinavian countries blaze the trail in environment protection, setting examples for others, however, youth in some seemingly far-flung places, like parts of Africa and India, has lately been exerting robust efforts for sustainability.

But Zigmas Vaisvila, signatory of Lithuania’s March 11 Lithuanian Restoration Act and one of the initiators of the green movement back in Lithuania in the 1990s, says that nothing particular needs to be done to bolster the green agenda in Lithuania.

“The youth has gone green to the core. In fact, I’m more concerned that green values are being transposed (to young people) as part of broader political agendas, which undermine purely national interests,” he said.