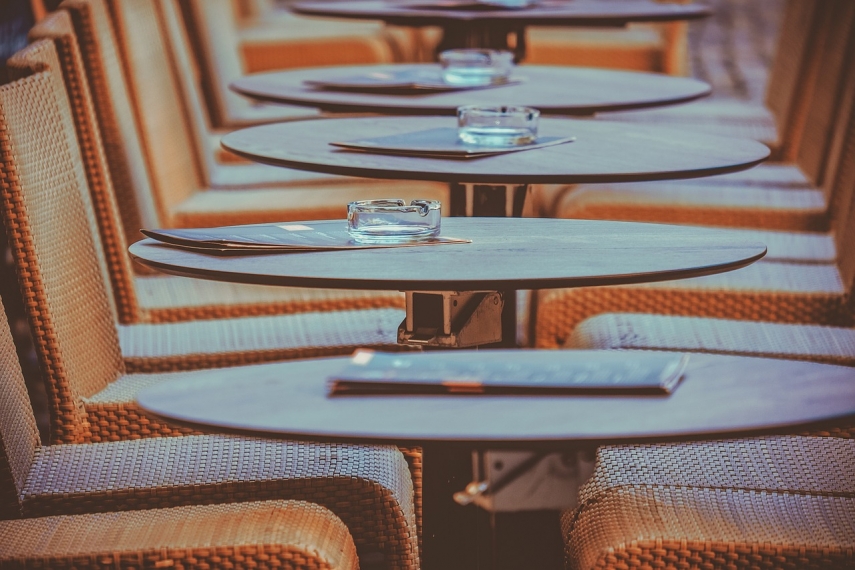 RIGA - About 10 percent of caterers in Latvia have closed during the Covid-19 crisis, Janis Jenzis, President of the Latvian Restaurant Association, said in an interview with Latvian Radio on Friday.

"There are various estimates, both from suppliers working with restaurants and from our own surveys, but about 10 percent of colleagues have left the market," said Jenzis, adding that this autumn and winter will be crucial for companies in the industry.

He also noted that this year's summer season was relatively good for caterers serving the local population, while restaurants, which are mainly focused on serving foreign customers, fared much worse than in the summer of 2020, because entry into Latvia was quite difficult for foreigners, and there was no so-called ''Baltic bubble''.

Jenzis pointed out that many companies in the industry are looking to the autumn with concern, because although the number of Covid-19 cases is rising, there is still no clarity regarding the government's future actions, but entrepreneurs need to plan both the number of employees and product purchases. "I really wouldn't want to end up in last year's situation, when practically everything was closed down in one day and stood shut for half a year," he said.

At the same time, the president of the association noted that Latvia has a relatively complex testing system to visit public places, and these testing opportunities and the availability of tests should be expanded, but officials have not provided a clear answer to future plans in this area. "The testing approach would allow a lot of people to work more freely," Jenzis said.