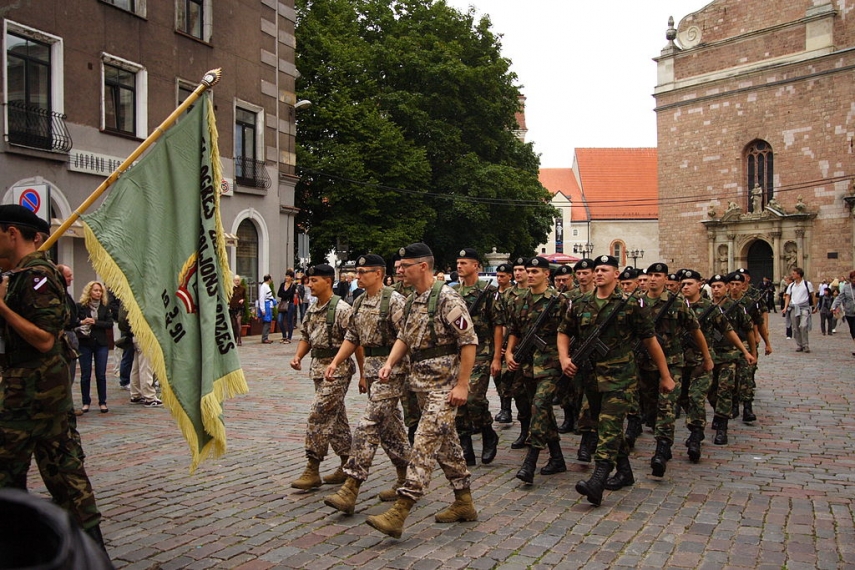 Almost 60 percent of male citizens of Latvia, and 80 percent of those who are reservists of Latvia's National Armed Forces, would be ready to take up arms to protect the country, according to a survey conducted by research center SKDS for the Defense Ministry.

By contrast, 27.9 percent of male citizens said they would not take up arms, and 13 percent had no opinion, according to information published on "sargs.lv".

The study reveals that men aged between 17 and 25 would be more likely to take up arms to protect the country than any other age group, and that men who have higher education were more likely to agree with the proposition than those with lower levels of education.

The proportion of respondents saying they would take up arms to defend the country was highest in the capital, Riga (64.6 percent), and lowest in the western region of Kurzeme (54.1 percent)

The study also reveals that 24 percent of women who live in Latvia would be ready to take up arms to protect the country.