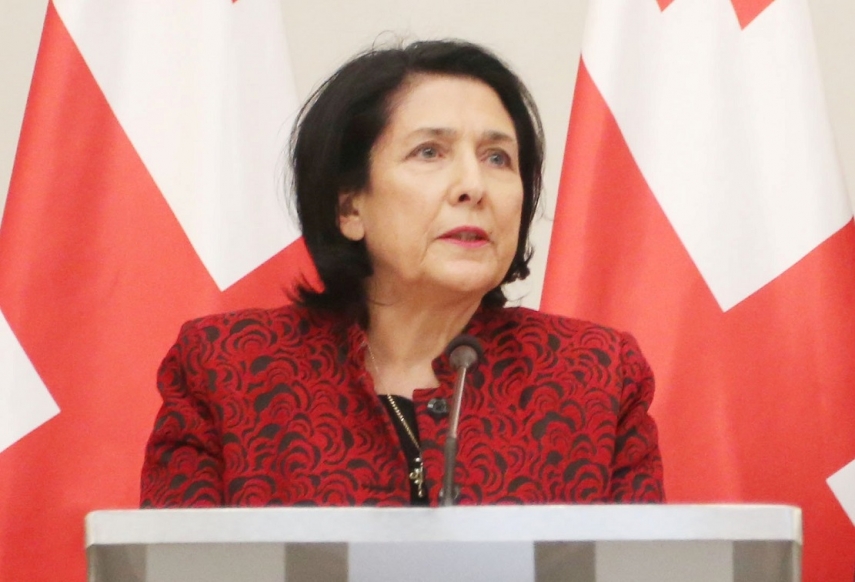 RIGA - Allies' support proves that Russia's aggression in territories it has occupied in Georgia will not deter Georgia's progress toward the European Union and NATO, Georgian President Salome Zourabichvili said during a press conference at the Riga Castle today.

Georgia will continue to be actively involved in security measures in the Black Sea and cyberspace, as well as participate in military exercises organized by the country's allies, said Zourabichvili. There are also many other challenges that the country has to tackle in order to attain EU standards, she added.

"We are not optimistic but realistic. We know what needs to be done because we know what our goal is. Georgian society is not skeptical - about 85 percent of the population support the country's aspirations for the EU and NATO membership," Zourabichvili said.

President Raimonds Vejonis confirmed to the Georgian president that Latvia's support for this goal would remain unchanged. The president also welcomed Georgia's domestic policy reforms, as well as its involvement in the promotion of international security.

Among other issues, Vejonis and Zourabichvili also discussed cooperation between the two countries in the economy, trade, education, culture and tourism. At the end of the press conference, Vejonis expressed confidence that the EU Eastern Partnership will continue to benefit both sides.

As reported, later in the day the Georgian president will also meet with Saeima Speaker Inara Murniece and Prime Minister Krisjanis Karins, visit the Occupation Museum, as well as participate in a dinner hosted by the Latvian president.